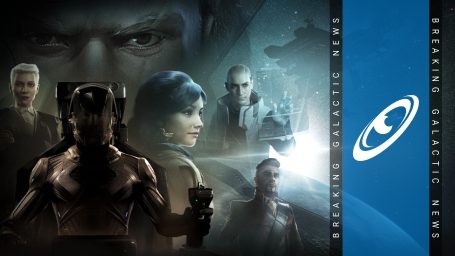 By Sagittarius EyeMarch 20, 3304No Comments

Commander Ubermick has called for an enquiry into the practices of the Bank of Zaonce after noticing some irregularities in his credit balance.

Upon returning to the pilot’s seat after taking some time away with his family, Cmdr Ubermick noticed that his credit balance was identical to its state weeks before.

“Got me to thinking as I looked at the balance, which hasn’t changed since the last transaction several weeks ago… shouldn’t we be earning interest on our savings as you would through any bank? There my earnings sit – day in, day out – with BoZ doing with it what any normal bank would do (cough) which is I’m assuming investing the hell out of it and making money, but we – the Commanders scraping and earning a living – get nothing back from depositing our heard-earned coin in there.”

We were unable to get an official reply from the Bank of Zaonce, but an unofficial source told us that there has been much discussion about the transparency of the Pilots Federation accounts over the years. Some advocate the devolution of all transactions, including docking fees, transaction tax, warehouse handling charges and overtime rates, into the hands of individual pilots instead of miscellaneous feed being absorbed and handled by the Pilots Federation as a whole.

It’s likely that the Pilots Federation will retain overall management of these miscellaneous fees for the time being, but there are certainly those who would like to know exactly where every credit goes.