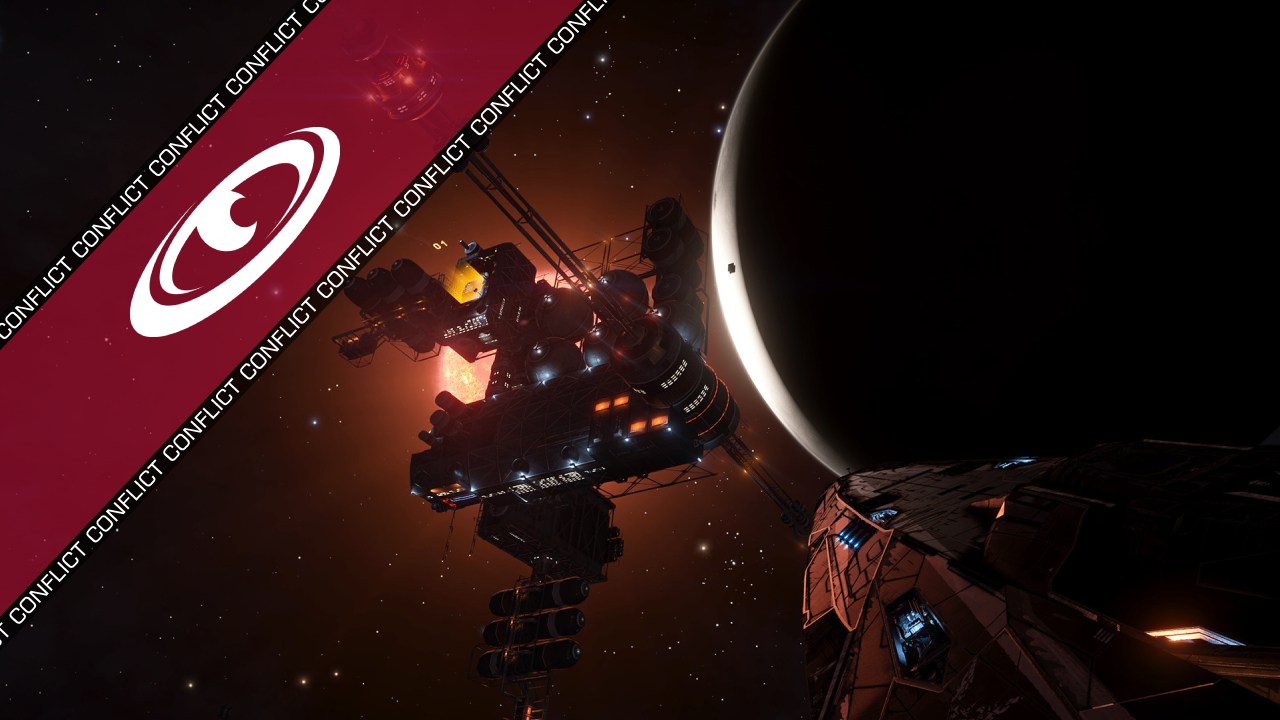 By Sagittarius EyeMay 25, 3307No Comments

This week, war has erupted in a peculiar spot. The famous outpost Hutton Orbital is contested by members of the Sirius Corporation. The Hutton Orbital Truckers Co-operative, who are under threat of being ousted from control, have engaged the megacorporation in battle to defend their home.

The sudden conflict over Hutton Orbital comes as a surprise to many analysts as the small outpost is seen to serve little strategic value for Sirius Corporation. Local reports about the precise cause of the current skirmish are contradictory. Sirius has so far refrained from sending a major force into the system and it is speculated that local officials are conducting the operation autonomously.

The heart of Federation space has become increasingly contested in recent years. With the Federal government being distracted by more distant affairs, many independent organisations have managed to expand across the Sol sector. This includes Sirius Corporation and the Hutton Trucker Co-operative among others, placing them at odds occasionally. So far issues have remained local without drawing any galactic attention. At the time of writing, the Hutton Truckers control 25 star systems and cover a population of 4.4 billion. This is only a fourth of the size of Sirius’ directly administered population, not accounting for its subsidiaries. Sirius Corporation is also known for vast corporate influence and soft power at its disposal.

Hutton Orbital is an infamously distant port, located up to 6.7 million light seconds from entry point, or about 0.22 light years. It is an old orbital outpost and origin of Centauri Mega Gin, making it relevant in galactic trade. Pilots who would voluntarily make the ‘long haul’ eventually came together to form the trade co-operative now known as the Hutton Truckers. Hutton Orbital’s role in rare trade might be a reason why local Sirius overseers considered it a valuable target — perhaps to secure themselves a promotion with venturous behaviour as encouraged by CEO Li-Yong-Rui.

Commander Vingtetun of the Hutton Truckers describes the skirmish as “a classic case of a big corporation trying a hostile take-over of a local small business”. Despite this, he is confident in the co-operative’s ability to retain control of Hutton Orbital. This is a sentiment shared by observers, who point out the vast number of volunteer pilots available to the Co-operative.