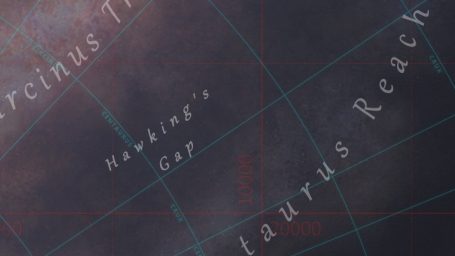 Today the galaxy observes the 1286th anniversary of the death of visionary theoretical physicist Stephen Hawking.

Hawking was a prominent intellectual and powerful influence on the 20th and 21st centuries’ understanding of the universe, and his work played a prominent part in humanity’s long journey toward the development of the Frame Shift Drive. In particular, he studied the nature of black holes long before we could even perceive them directly, and composed several works of popular literature to explain complicated scientific knowledge to non-experts.

Hawking was born on the 8th of January in old England, on Earth, in 1942. As a young man, he studied at some of the most prestigious universities in that country. In 1963, he was diagnosed with an at-the-time incurable illness called motor neurone disease, which would plague him throughout his life. Though his doctors gave him two years to live, he refused to abide by those predictions.

As his body gradually shut down, with only the primitive technologies available at the time to assist him, he led the field of theoretical physics as had Sir Isaac Newton and Albert Einstein before him. In 2018, he passed away peacefully at his home, having survived over fifty years longer than his doctors had originally predicted.

Scientists and political figures at the time shared many touching tributes of their experience of him, and mourned for humanity’s loss at his passing. In a memoir published five years before his death, he said that although he’d railed against the unfairness of his disease at first, he was now “quietly satisfied” with his life.

In the 22nd century the precursor to Universal Cartographics honoured Hawking by naming the region ‘Hawking’s Gap’ after him. His memory lives on in our understanding of the galaxy today.