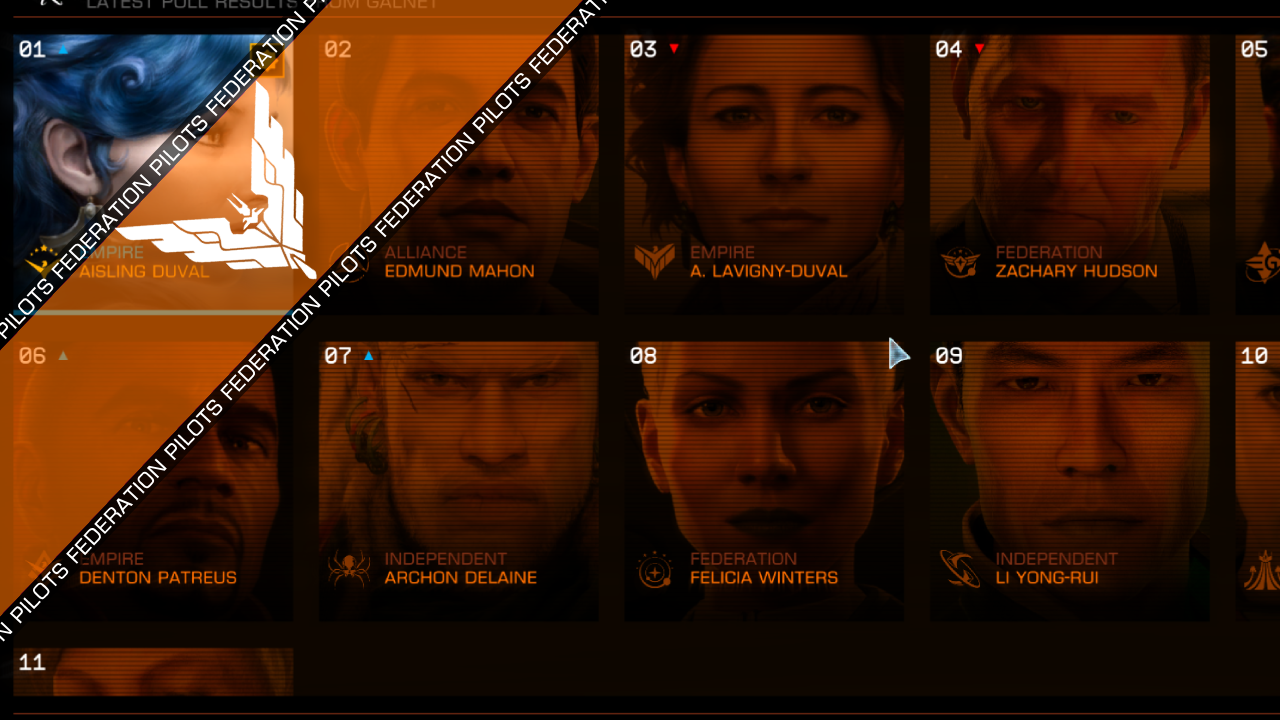 By Sagittarius EyeMay 29, 3305No Comments

The Pilots’ Federation has recognised Princess Aisling Duval as the top political power for the third time since rankings began.

While some in the Empire have broken out the champagne, many of Aisling’s staunchest supporters have paid little mind to the news.

Lord Warden Trinity A. Craft of Prismatic Imperium, a Pilots’ Federation group loyal to the Princess, told us:

“The Power ranking is an unreliable measurement of success. We need not look to an arbitrary ranking system to know that Her Imperial Highness Aisling Duval wields incredible political power.”

Mrs. Craft instead directed our attention to the squadron power leaderboard:

“Even the small groups pledged to Aisling Duval outperform some of the larger squadrons that are supposedly dedicated to their respective power. We are a vast and diverse coalition that has rallied behind the People’s Princess to promote her anti-slavery initiative.”

Princess Aisling now touts one of the strongest economies with a massive reserve of command capital at her disposal. Her success has been made possible by a large backing of pledged commanders. She has abolished slavery and promoted social reform throughout her territory, a staggering total of 1029 systems, containing over 502 billion souls.