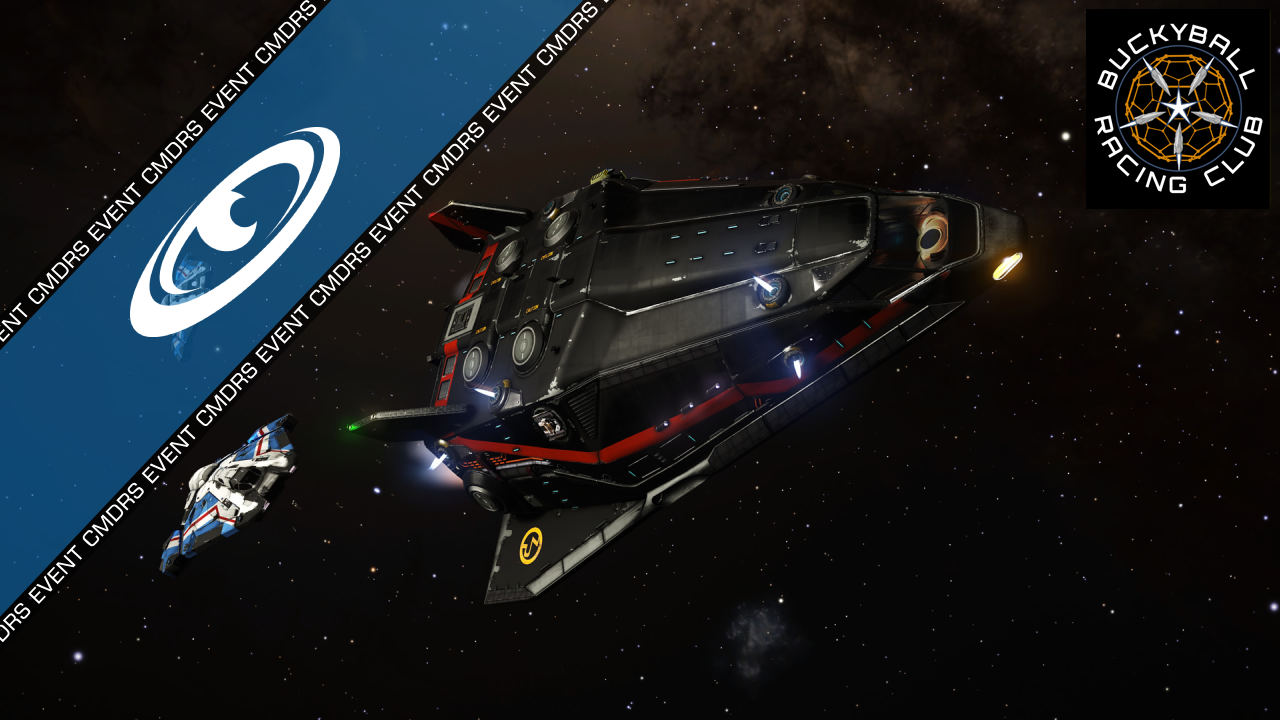 By Sagittarius EyeJuly 16, 3305No Comments

After months without activity, the Buckyball Racing Club (BRC) has announced a new competitive event for Pilots’ Federation Commanders: The Seven Sisters Speedway. This race, taking place from the 13th to the 20th of July, is a classic Buckyball, requiring participants to blast off to various destinations in the titular seven star systems before returning to claim their prize.

The course begins at Ohm Horizons in HIP 29312, with stops at Copernicus Observatory in Asterope, the Atlas system, Artemis Lodge in Celaeno, Obsidian Orbital in Maia, a listening post in Merope, Stargazer and Squirrel’s Nest in Pleione, and Sterope II before a return to Ohm Horizons. Commanders are required to submit recorded evidence of their participation.

The BRC is offering two different rule sets for the race: Regulation Hauler and Open Unlimited. The Regulation Hauler rules set strict module requirements and forbids engineering, while the Open Unlimited rules only restrict participants from docking computers, supercruise assist, jumponium synthesis, and any regard for life and limb if they expect to win. For extra recklessness, commanders are invited to look at the bonus rules for the Kamikaze Cup.

The race is a tribute to one of the BRC’s earliest events, the Pleiades Hip Hop from August of 3301. Commanders can read the backstory and find the answers to any questions they may have about the race here, on the Pilots’ Federation forums.