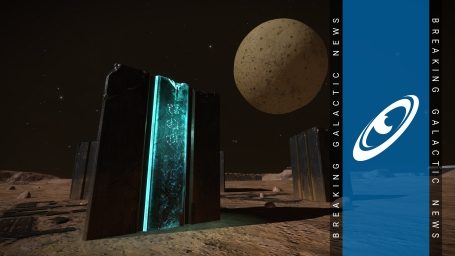 Renown Guardian researcher Commander Dreamstate has revealed his latest work – an in-depth graphical timeline of the (known) aspects of the Guardian Civilisation.

This is the latest addition to the Commander’s long-term research project, which aims to collect all known information and a good quantity of theories and discussion relating to the Guardian civilisation, technology and impact on Galactic history.

Regarding the timeline, Cmdr Dreamstate notes:

“Wherever you see (brackets) and/or [Further Data Required], that is my own emphasis and not complete fact – for the most part, it is 99% accurate from what I was able to sift through all 127 codex entries.

All in all, I think it’s an accurate representation of what goes on in the time frame.”

The Commander welcomes all civilised debate, ideas and comments as he continues to investigate the ancient Guardian race.

The above chart was created by Commander Dreamstate for the Guardian Research Division, original version can be found here.