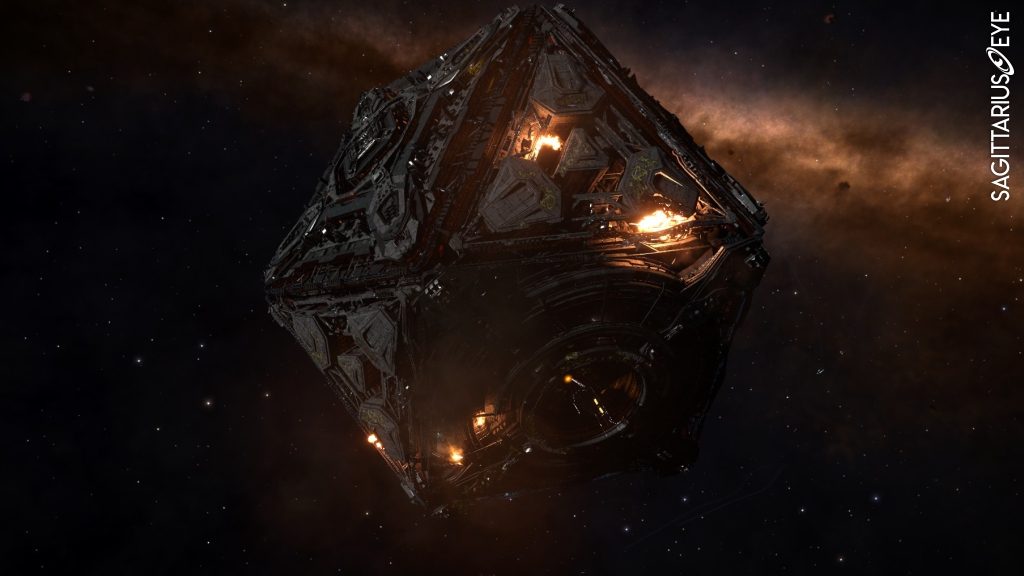 Guidoni Enterprise in the HIP 9599 system has been attacked by Thargoids.

This system – home to over 1.5 million Federal Citizens – is host to an Ammonia world, the common factor in all the Thargoid strikes. However, this news comes as something of a surprise as it was not one of the target systems identified by the Aegis Eagle Eye network this week.

Previously the Pilots Federation has been able to mount a defence of systems identified by Eagle Eye. However, this last week the targets appeared to be Madngeri and Lunguni – a previously attacked system. Members of Canonn, chiefly responsible for decoding the Eagle Eye signals, were puzzled by the Lunguni signal, and some speculated that the Thargoids might be coming back to attack there again.

Combat pilots destroyed many hundreds of Thargoid scout ships in the Madngeri system, as usual, and apparently successfully defended Phillips City from attack.

The HIP 9599 system however was not so fortunate. It remains to be seen whether a data error lead to the misidentification of Lunguni as the second target, or whether the Thargoids are now feeding the Eagle Eye networks misinformation.

“Difficult to tell [so soon]. But looking at the data, we visited HIP 9599 several times over the last week and no NHSS found until the attack. But it  was one of the 74 systems we were watching”

Cmdr LCU is referring to the survey patrols of potential target systems compiled by Canonn researchers. Once again Canonn and the Pilots Federation calls for more support from independent pilots in patrolling and defending the frontier systems.

Commanders are hard at work laboriously collecting and decoding the latest set of Eagle Eye data today, but whether we can rely on the data from this point forward remains to be seen.