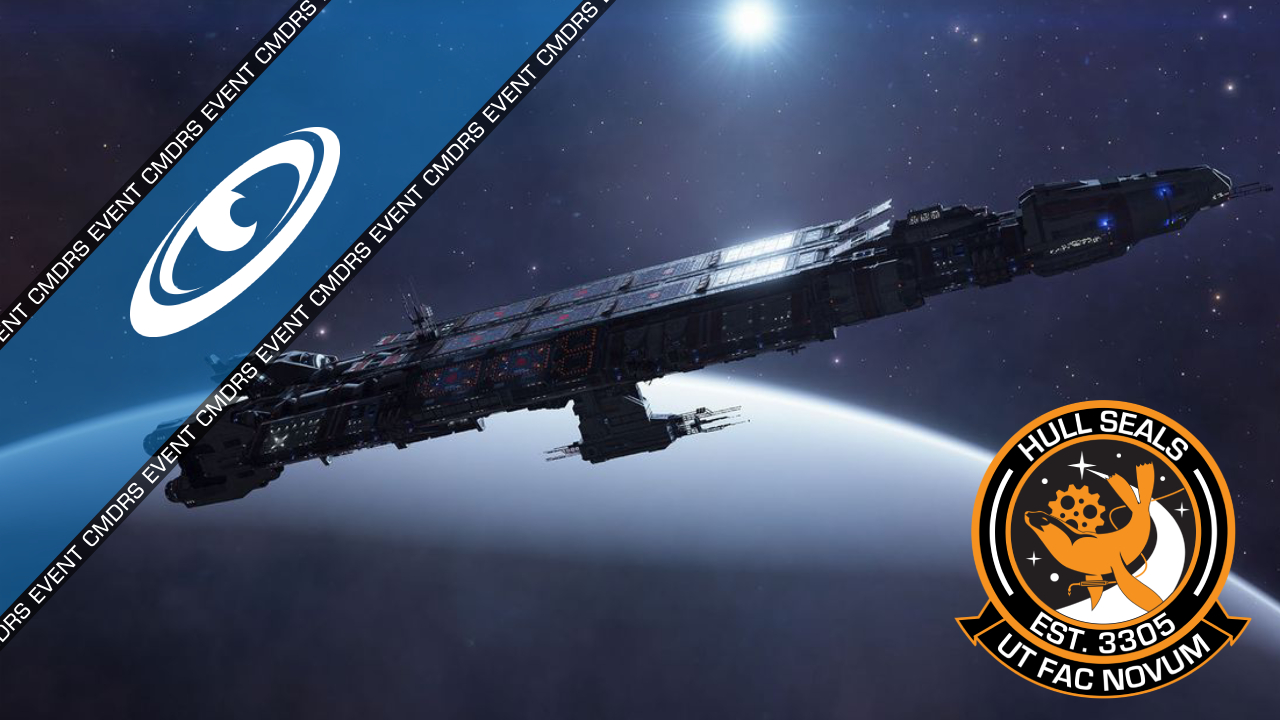 By Sagittarius EyeApril 15, 3306No Comments

On the 6th of April 3306, the Hull Seals — a philanthropic organization of commanders who assist those in dire need of hull and/or canopy repair — announced their initiative to deploy fleet carriers farther out in the Galaxy, in hopes of developing a faster response time to commanders in need outside of the Bubble.

The first week of community-driven fundraising was limited to current Seals, and raised over 11.1 billion credits, over twice that needed to buy a fleet carrier with current pricing. This amount already covers five of the twelve funding tiers, or one carrier with the cost of deployment to the Ryker’s Hope region, along with an outfitting module and one year’s supply of rations for the Seals.

The second week has now opened up participation to anyone in the community, already yielding an additional 2.15 billion, allowing for a second deployed fleet carrier with outfitting. The Hull Seals Community Initiative is proving to be much supported by commanders — and given the Seals’ selfless contribution to commanders all over the Galaxy, rightfully so.

Commander Rixxan, an administrator of the Hull Seals and original author of the Dangerous discussion thread for the project, has stated their objectives:

“The resources gathered by Seal administration aim to build at least one carrier, under Cmdr HullSeals, and deploy it in the Ryker’s Hope region. Additional funds to complete the goal will be used to purchase more carriers [and provide for additional costs.]”

While helping an altruistic organization, similar to the Fuel Rats founded four years prior in 3301, is already rewarding due to profit from their current fund transfer method via multi-crew and wing trade dividends, the top five benefactors will each win a prize.

If you would like to help out the initiative, thereby helping the Seals and those they rescue, you can see the current statistics and how to contribute through any platform here.