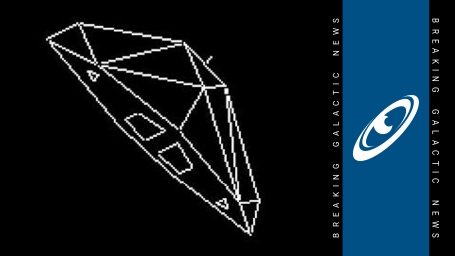 The Lost Communist Paradise of Enaness

By Sagittarius EyeMarch 12, 3304No Comments

Today Commander Sapyx sent out a message to the Galactic community highlighting an apparent “missing planet” discovered in the pages of an old publication, but not present on any modern star chart:

Much has been made in recent years of “the missing” – colony ships that disappeared out into the black, never to be seen or heard from again. A lost spaceship is a sad thing, but a lost planet is something else entirely.

Fifty years ago, the Enaness system existed. The Galactic Gazetteer, published at the time, contains an entry for this system.

At the time a local scientist claimed that the fourth planet of Enaness was the homeworld of a civilised alien race. The Gazetteer goes on to say; “The evidence for this theory is hotly disputed by many eminent archaeologists, but they are at a loss to explain the peculiar mineral deposits of Enaness 4 and the absence of ancient fossils on Enaness 5”.

The idea of planets visited or colonised by ancient, now extinct, space-faring races is particularly interesting in relation to the Guardian discoveries of the last few years. Could Enaness have been  a Guardian colony world at some time? Commander Sapyx offers many theories as to why the Enaness system no-longer appears on our starcharts, and makes interesting reading for any students of galactic history.