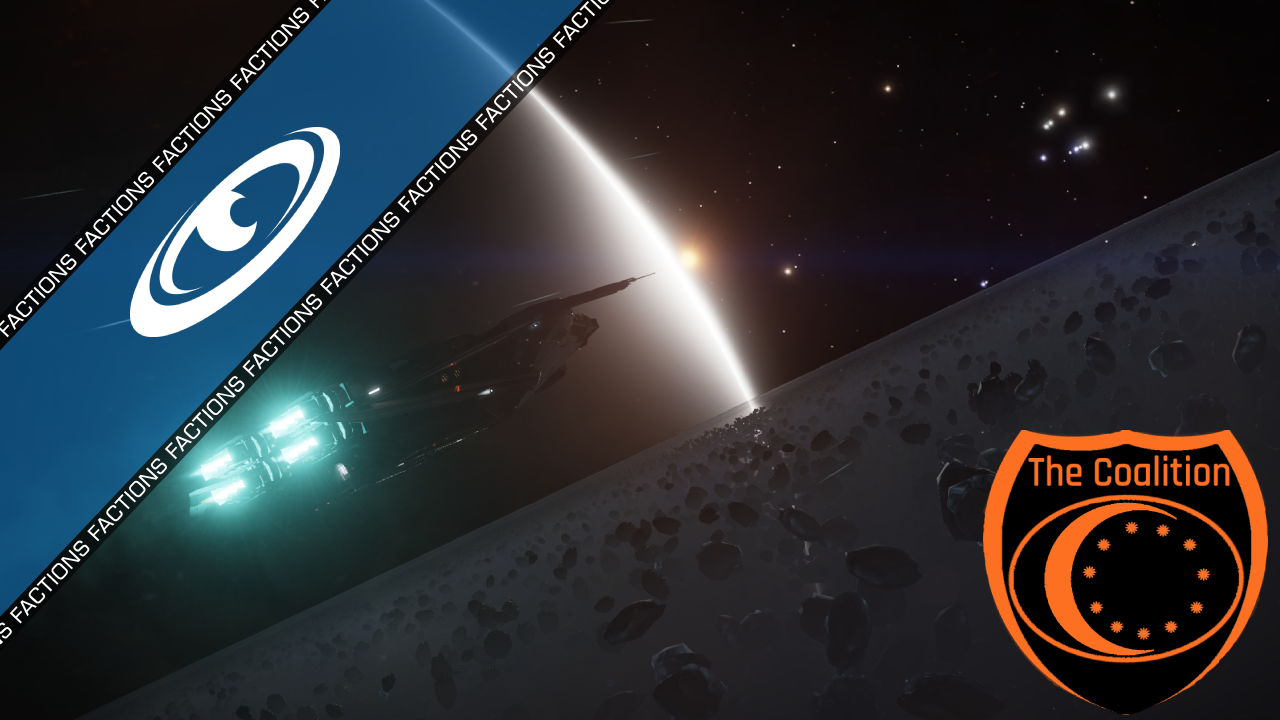 By Sagittarius EyeMay 15, 3305No Comments

Lucifer Wolfgang of the Mercs of Mikunn announced yesterday a new political organisation comprised of a number of major independent factions across inhabited space. This Coalition is, according to Wolfgang, a “greater mutual defence and aid pact to counter any threats from the Empire, Federation, Alliance, aliens, and disaster.”

Signatory governments control over 290 systems. Representative Pro Cambarus II of SSL Interstellar PLC — the most populous independent faction in the Galaxy — commented that:

As we have the means to provide many citizens with security, welfare, and the advantages of growth through our efficient and competitive corporate framework, we feel obliged to extend these advantages and achievements to as many inhabitants of the Galaxy as possible… We believe in cooperation and efficiency, not in subordination and power. This new Coalition is set up to be the embodiment of these virtues.

Members also include Thargoid response organizations AXI, HIVE, and Operation IDA. The announcement comes less than a month after comments from Admiral Tanner of Aegis emphasized that Thargoids are “guided by different principles than those that typically govern human martial strategy.” Despite being a multinational initiative, Aegis does not currently include representatives from independent governments; it has so far fallen on independent systems to organize their own defence, appealing to and working with anti-Thargoid organizations on their own. Cmdr Mackenheimer of the Anti Xeno Initiative said:

For too long the superpowers have ignored the Thargoid threat, and even Aegis has proven itself more and more useless with every passing week of this, the Second Thargoid War. With this in mind, AXI can no longer give tacit support to the Alliance, Empire, and Federation. In order to protect all of humanity, we must align ourselves with the people and factions most capable of making the correct decisions going forward. The Coalition is that faction, and AXI is proud to be a part of this new organization.

As influential independent governments and critical organisations like AXI coalesce, analysts in superpower-aligned factions may be left contend with considerable disruption in the political and anti-Thargoid fields.