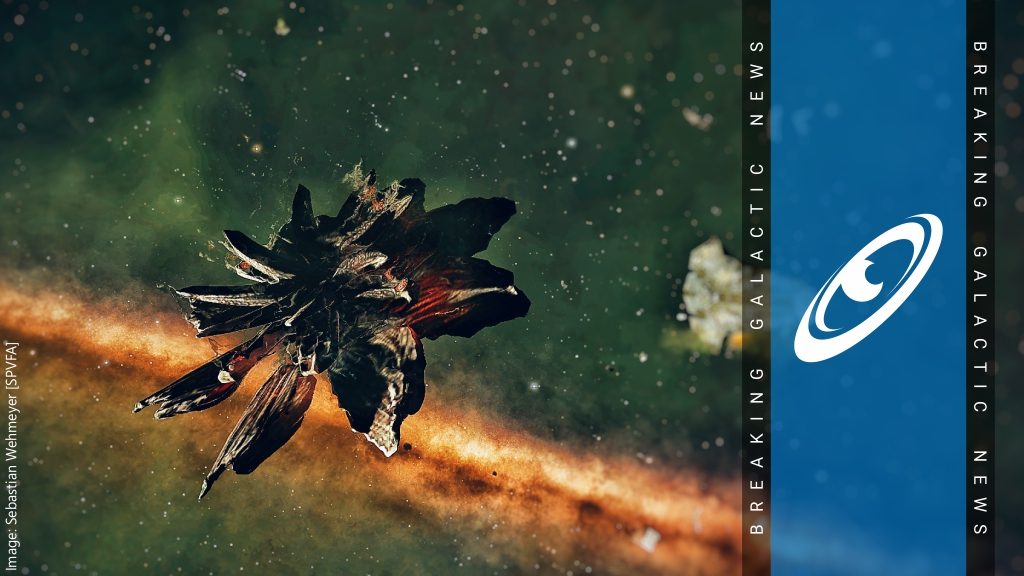 AXI’s Gluttony Fang Speaks Out on Thargoids: “The Calm Before the Storm”

Over the last few years we have transitioned, rather violently, from a civilisation that seemed to be pretty much alone (with some notable exceptions), to one engaged in what many are describing as our second interstellar war against aliens.

Commander Gluttony Fang founded the Anti-Xeno Initiative (AXI) in November last year to organise combat groups resisting the Thargoids. In light of the current situation, we were lucky enough to catch up with Gluttony Fang in-between organising combat patrols to give Sagittarius Eye a few words.

“If there is one thing we learned from fighting the Thargoids, it would be their incredible adaptability. We can see various examples ranging from their hearts becoming immune to AX missiles, their manoeuvring becoming erratic after understanding our weapons travel in a straight line, their Thargon Swarm actively shooting down and dodging incoming flak rounds.

We are fooling ourselves if we believe that they’ve not adapted to our intelligence warfare against them with the Eagle Eye installation.”

With the scientific efforts of Canonn and Aegis pushing forward our knowledge of these aliens, and the combat efforts of the Anti-Xeno Initiative and other groups seemingly saving some systems from attacks, many pilots feel positive about the outcome of this conflict.

However, the success of the Eagle Eye installation was called into question last week when it was revealed by Aegis that they have failed to detect any new signals from the Thargoid ground sites. Cmdr Gluttony Fang believes this is simply the calm before the storm.

“If anything, we should brace ourselves for the harshest assault we’ve ever witnessed. I believe the Thargoids have now assessed our resistance and capabilities, which prompted them to take the fight to the next stage where there will be much worse damage than just crippled stations.

The AXI will continue its vigilant effort to ward off Thargoid invasion, and welcome any allies with open arms to defeat the current threat against humanity.”