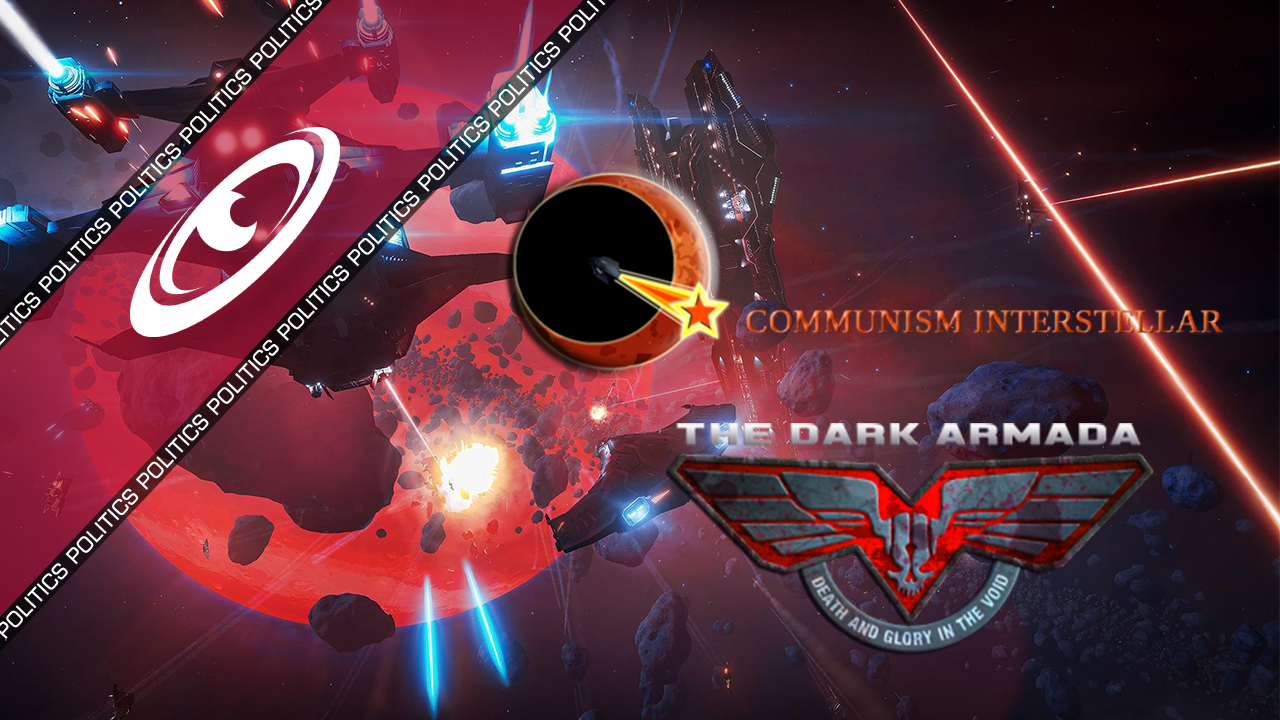 The Dark Armada had defended their position in the system from five prior attempts to force them out.

“CIU’s primary response is ‘nothing to see here’; this is business as usual. The Dark Armada have been in a border dispute with us, one way or another, for a little under four years,” explained Cmdr Valentina Tereshkova, a CIU negotiator.

The conflict between Communism Interstellar Union and The Dark Armada, which began as a dispute over the control of Checha, surrounding systems, and the governments supported by both factions in those regions, was at first quickly resolved by an agreement — the Checha Accord, signed in October of 3301.

“At their height the Dark Armada, during the peaceful period covered by the Checha Accord, had a presence in twenty-three systems,” explained Tereshkova.

The Accord, however, did not last. Both sides blame the other for that failure: Communism Interstellar states that The Dark Armada forces broke the treaty; The Dark Armada argues that the treaty was forced upon them.

A later attempt by the Imperial High Council, a governing organisation for the Imperial powers, to broker a new agreement in early 3303 that would end the conflict in a manner amicable to both sides, failed.

“Peace between CIU and The Dark Armada was highly desirable for more than one Imperial power. Yet when one side offers generous terms, and another’s are impossible, so is peace,” stated an IHC representative. “Some would rather fight and die than live in peace.”

The conflict has not progressed in favor of the patronage. According to Tereshkova, “years of mismanagement…has resulted in us needing to remove them from thirteen systems of strategic significance.”

While still present in ten systems, The Dark Armada governs none and controls no assets. Their leader, Mysteron, remains bold:

“The communists of Manite have finally managed to unseat us from an insignificant system in another example of their war against the Empire. This time it took these so-called experts months of work, multiple attempts and vast quantities of manpower to beat just a handful of Imperial Void Rogues. Some wonder why we refer to Communism Interstellar as enemies of the Empire — the answer is simple. We estimate that they have attacked between 50 and 100 Imperial systems, enforcing their communist regimes and trampling through the home worlds of any faction that does not join their precious coalition. A wise man once said, ‘He who steps on too many toes will one day get kicked.’ Communism is a plague and The Dark Armada is the cure.”

Commenting on the future of the conflict, Tereshkova offered the following:

“What may be significant in this latest incident is a change of focus in The Dark Armada’s propaganda campaign. [They have] shifted from threatening us with destruction by a self-proclaimed larger and overwhelming force of power, to playing more of a victim or martyr role and trying to involve third parties to defend what are, in effect, the actions of a dissident terrorist organisation.

“While we were applying economic sanctions to the Dark Armada in HIP 96160, we noticed the presence of ships from the Freelancers Alliance and the Brotherhood of Terra Mater.  For now we will assume that individuals within these groups were duped by the Dark Armada’s latest self-pitying propaganda strategy.”