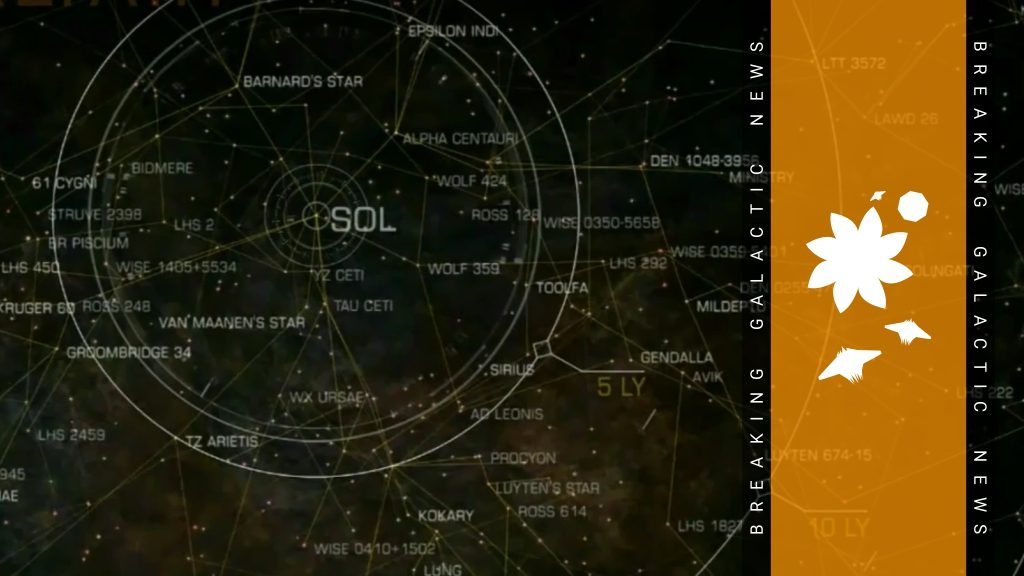 By Sagittarius EyeMarch 29, 3304No Comments

Today is a day of sadness for the people on Lunguni, as the efforts of many Pilots Federation members—including Commanders from Canonn, the Anti-Xeno Initiative and other organisations—were unable to prevent Doyle Landing from being attacked by the Octagonal Menace. The Mentor system, however, was spared, and no attacks occurred there.

Late last week some members of the Pilots Federation decided to attempt to save both Lunguni and Mentor—the targets identified thanks to the Eagle Eye Stations—from attack.

Commanders attempted to keep tabs on the situation in both systems as many combat pilots moved to the front lines to fight against Thargoid targets. It seems, however, that co-ordination amongst the different groups was difficult, and many combat pilots were drawn away by the paid combat patrols offered by the support ships still on station in previously-attacked systems.

This latest attack has raised many questions amongst commentators, foremost amongst them: do Independent Pilot’s actions actually influence anything at all? Are our resistance efforts an illusion of control?

Commander Factabulous, one of those attempting to coordinate the defences, commented on Aegis’ decision not to deploy megaships to Mentor or Lunguni, leaving them in previously attacked systems instead:

“What is the point in leaving the megaships in the wrong system all week and pulling everyone into systems uninvolved with the current [targets]?”

Commanders of the Anti-Xeno Initiative were also discussing what many people are referring to as “The War”, Cmdr Darth Dev speculated on what is it exactly that saves one system and dooms another, “… just killing bugs”, or something else?

“I’ll say only that we tried, but it seems one station will always fall prey to the ‘goids. I’d like to also say that activity of people protecting Thargoids risen unexpectedly by hundreds of percent and all commanders carrying AX or Guardian weaponry should be careful. We are trying our best to protect them, but we aren’t everywhere. “

There is currently a Rescue Ship near Doyle Landing offering support for those affected by the damaged stations.

All eyes now turn to the Eagle Eye stations, which systems will fall under the threat of attack next?