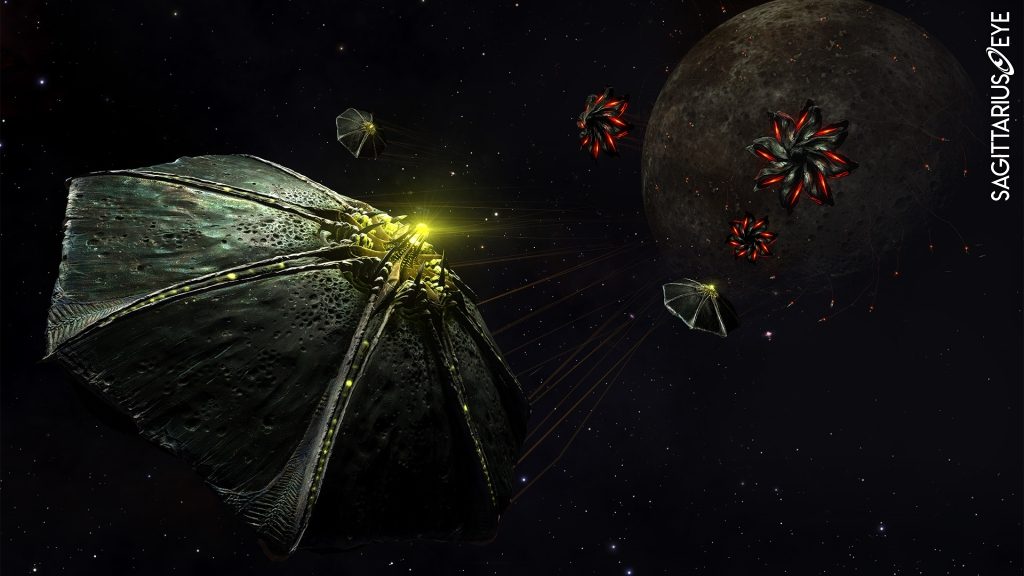 By Sagittarius EyeApril 20, 3304No Comments

The mysterious change in Thargoid attack patterns last week resulted in devastating attacks on two stations in the Bubble. And now, four more are under threat.

Kunuvii and 32 C Piscium were both identified as targets by the Eagle Eye network last week, but no Non-Human Signals were detected in either system. Pilots of the Anti-Xeno Initiative, Canonn and many independent Commanders established combat patrols in those systems and surrounding areas using Canonn’s Hrafnagud’s Eye project, but met with little apparent success.

The Octagonal Menace did not appear in the target systems until late on April 17th, giving defence operations only a couple of days to ward off the attack. This appears to have been a successful tactic by the Thargoids, since neither system was saved. Rescue efforts are now in progress in Kunuvii and 32 C Piscium.

Canonn’s researchers were surprised to discover that the Eagle Eye network identified not two, but *four* target systems within the Bubble this week.

As always, combat pilots are encouraged to take up defensive positions; this time efforts are being made to coordinate the defence of both LP 581-36 and Deriv-Dar. Coordinate with Canonn and AXI combat wings via the relevant dedicated channels.