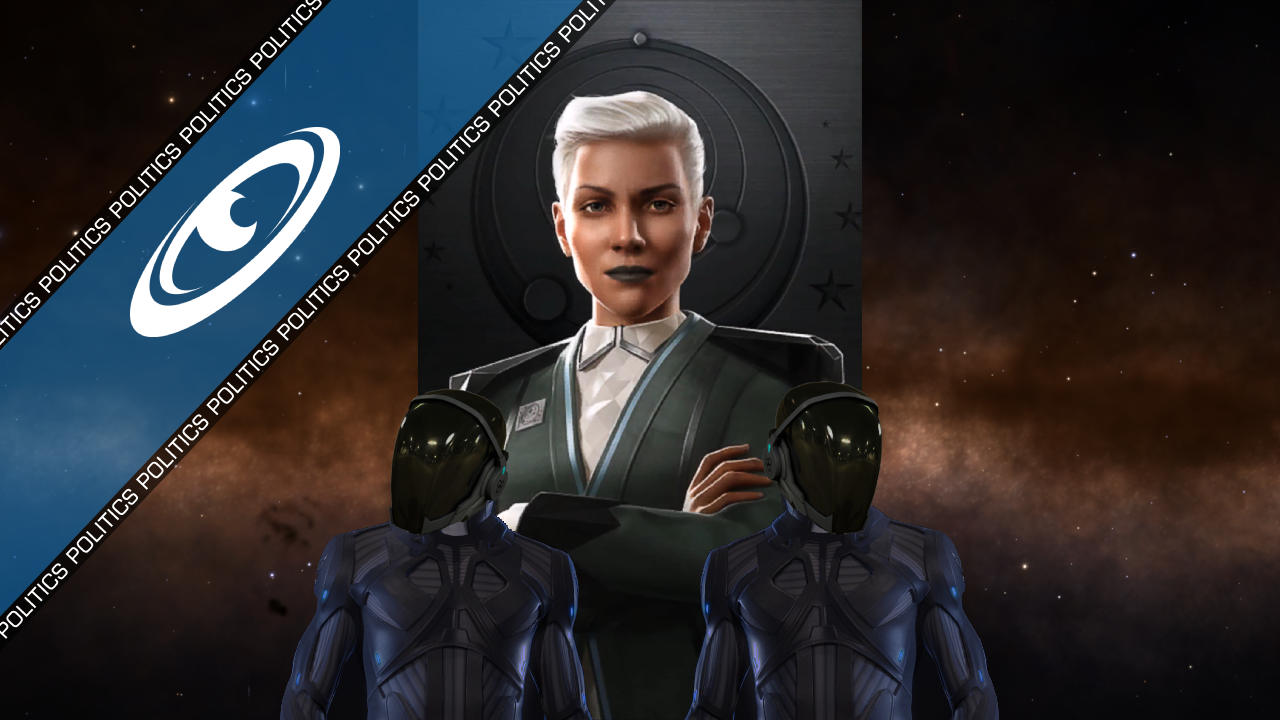 By Sagittarius EyeMarch 20, 3305No Comments

Inside Shadow President Winters’ organisation, the hunt continues for the saboteur groups known as the Fifth Column. These groups pledge loyalty to a power but then work from inside to steer resources and funding away from the core effort towards loss-making systems.

“When we’re under attack, there’s not enough to go round, and these 5C scum divert supplies to their cronies, instead of loyal hard-working folks who can contribute to the war effort. As a result when we do lose systems, it’s the industrial powerhouses that go and not the useless shitholes like Momoirent.”

Mayor Vinnie Venal of the Dominion of Momoirent shot back:

“I strongly object to the characterisation of my bountiful system in those terms. These are fine people who just need a little assistance from the Federal government. There’s plenty to go around for us all.”

“My cousin is correct – our completely legitimate business was not doing so well, but with the help of our new — uh… associates, we secured a government grant, and we’ll be able to become the third-highest-selling novelty cockpit bobblehead company in the region, and get Momoirent a new yacht for its mayor.”

Who these Fifth Column saboteurs are remains unclear, but their effects were obvious for all to see. Three weeks ago, Commander Uranius resigned his post in Arissa Lavigny-Duval‘s Pilots Federation, refusing to have any part in a victory tainted by such tactics. While cascade turmoils are not a new phenomenon in this galaxy, the blanket-fortifying of unprofitable systems by Fifth Column produced the largest cascade yet seen, with Winters plunging from 80 systems to 27 over the past three cycles.

As Commander Puchuchoni of Winters Leadership put it:

“The saboteurs fortified loss-making systems in a rather blatant fashion, basically denying us any defensive possibilities. At that point we were just passengers on this rollercoaster.”

With Winters rebuilding, where these forces will strike next is unclear, but observers are watching President Hudson’s current turmoil closely.