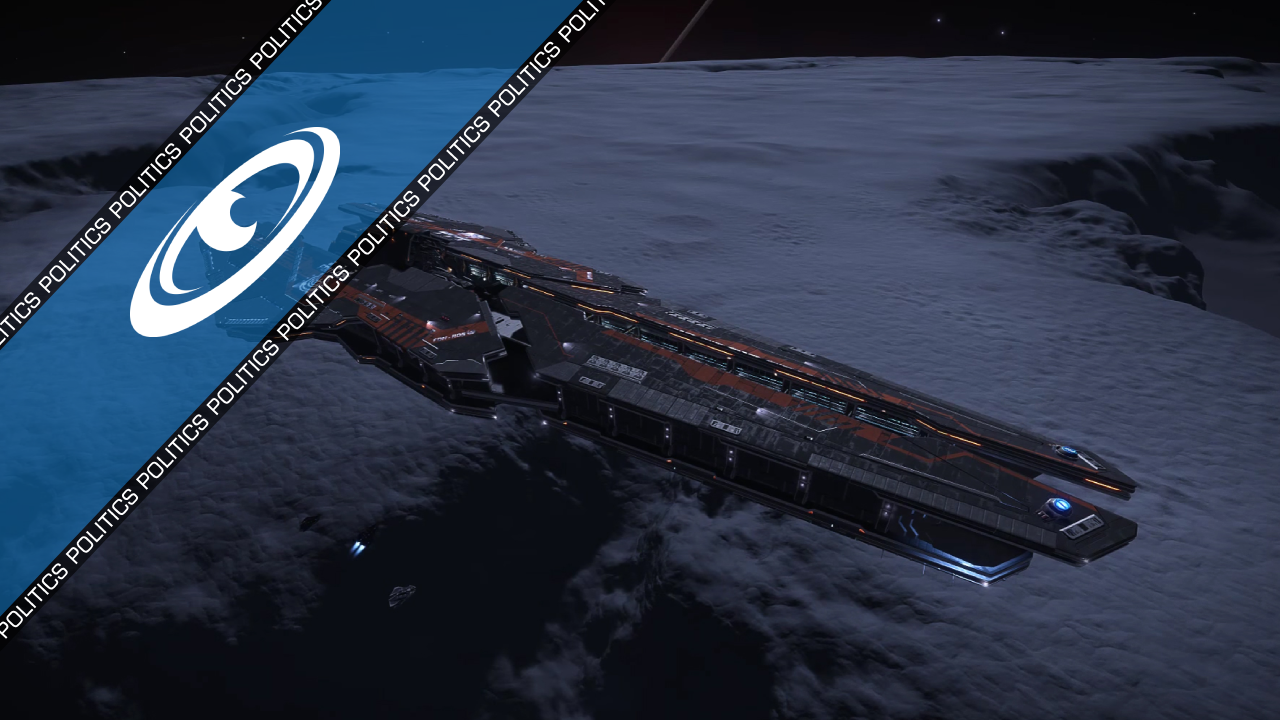 By Sagittarius EyeMarch 21, 3305No Comments

February 3305 was a tough month in the shipping lanes for Federal Liberal Aid, the economic assistance trade network operated under the auspices of Federation Shadow President Felicia Winters’s Liberal party. A one-two punch of overextension to distant, fiscally-troubled systems and a tidal wave of Imperial assaults (referred to in the Empire’s corridors of power as ‘Operation Valentine’) forced the Federation’s aid program into several consecutive weeks of downsizing, with over fifty systems being cut loose from regular deliveries of food and medicine in order to bail the wider domain out of the red.

But at Papin Terminal, a modest Ocellus starport in orbit above the third planet of the CD-05 6972 system, forces loyal to the Shadow President are focusing on the positives. Freed from the tremendous overheads the pre-Valentine FLA network imposed, Shadow President Winters’ commanders are now at the head of a smaller, more agile galactic power, one that is freer to initiate in earnest new assistance campaigns to impoverished systems both in and outside the Federation.

CD-05 6972 is the first of these systems in need to receive concrete, material aid from the streamlined Federal Liberal Aid. It is a bustling industrial and refining economy whose 25 million residents live entirely on and in orbit of planet A3, primarily aboard Papin itself or in Napier’s Folly, a substantial surface port on the rocky body below – both operated by Jet Galactic LTD, a Federally-chartered corporation.

“Industrial systems like 6972 often have their more human necessities overlooked,” commented Mckinley Cox, FLA’s coordinator at Papin. “While the people here are churning out heavy machinery and every variety of polymer you can imagine, their bellies and immune systems are often going without. We hope to change that.”

But the benefits — which Cox suspects could include consumer access to food and medicine rising near 200% — are hardly limited to the fabrication lines of this single factory world. The neighboring systems of Skaut, Minot, Albangage, Logoni, Heveri, HR 4298, 17 Crateris, LHS 6197, and Paitina are expected to see trickle-out economic benefits from the expansion to 6972, along with the former FLA distribution system of Dierfar, which was one of those on the chopping block a month ago.