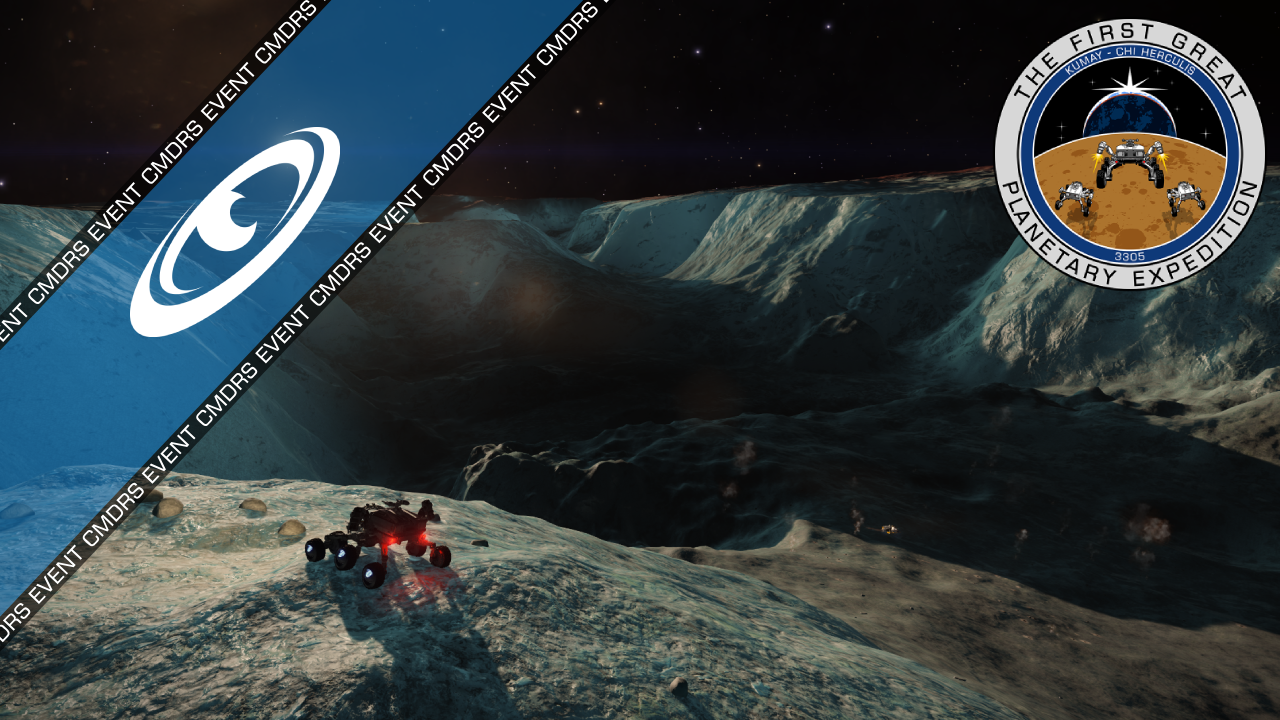 By Sagittarius EyeMarch 6, 3305No Comments

After last week’s announcement of The First Great Planetary Expedition, the organisers have now settled on a launch date.

This expedition is the first of its kind, as rather than a journey through space, the participants will be setting off across the surface of a planet in Vodel Surface Reconnaissance Vehicles (SRVs). The route’s waypoints are made up in part by sites of geological interest – ensuring that the voyagers have plenty fascinating sights to look forward to.

The planet upon which the expedition will take place is called Kumay in the Chi Herculius system, which orbits the Earth-like world Apasam several times per galactic standard day.

The expedition will launch on Wednesday March 27th, 3305. Chief organiser, Alec Turner, currently plans the departure point to be Bridger Town planetary base at around 20:00 UTC, although he has cautioned that the date may change as the start day approaches.

Organisers project that the entire trip should take around one month to complete and cover a total distance of 4,000 to 5,000 kilometres.

Commanders are now joining the roster to partake in this special occasion, and make history in the first ever planetary expedition.