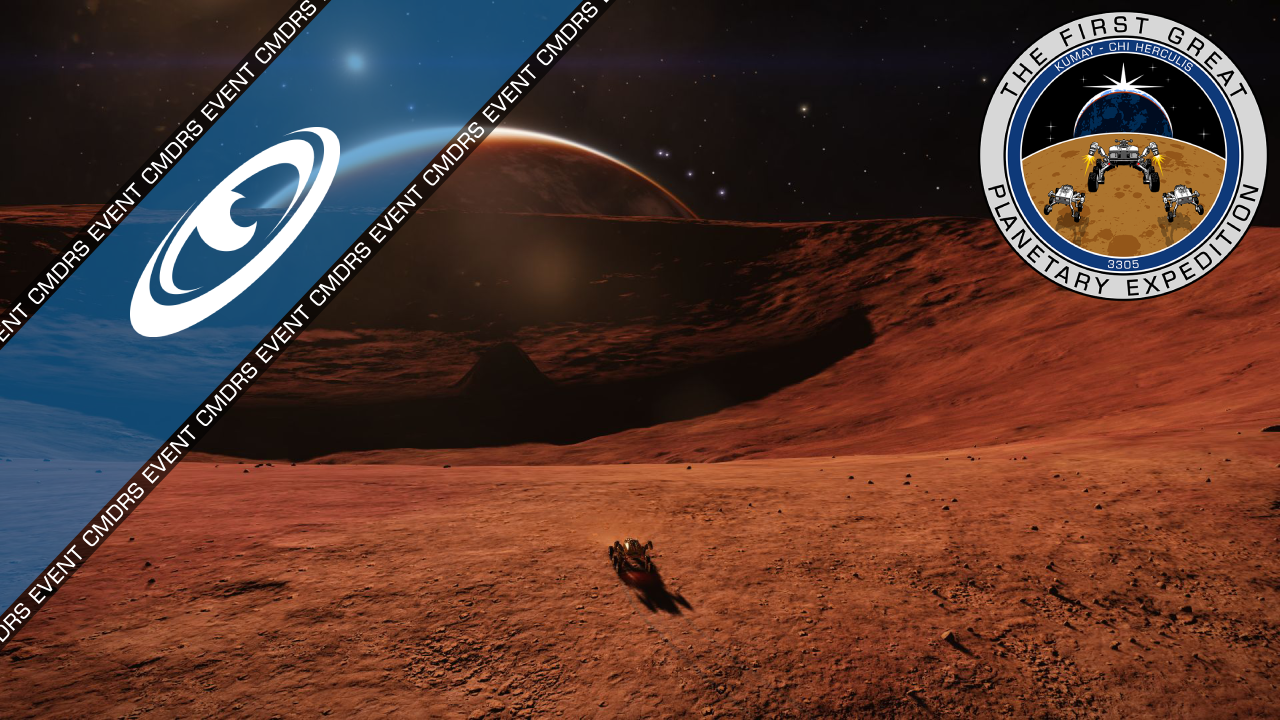 Planetary expedition gets off to a fantastic start

By Sagittarius EyeApril 2, 3305No Comments

The launch event lined up commanders from all over the Galaxy, both long-time circumnavigation veterans as well as newcomers in the exciting world of planetary driving (or “flyving” as someone corrects from high up). At precisely 20:15, when all were gathered near solar panels at the northernmost corner of the base, the SRVs launched towards Sentinel mountain.

Cmdr Turner reported that “a few commanders managed to scale the formidable peak, but many were defeated by its near-vertical slopes.”

The next few days saw the expedition head over Cinder Toffee Mountain and then on towards The Grand Canyon Crater where an impromptu “nipple jumping festival” was held over the weekend, with commanders performing daring spins and somersaults over the top of the crater’s central mound while fireworks crackled all around them.

As the expedition gets into its 5th day the commanders have now strung themselves out in a line stretching all the way from the Grand Canyon, past the Lithops Mesa and the blue valleys east of Coluber’s Folly, all the way up through the Northern Route to the moon’s north pole.

Shortly after leaving Bridger Town last Thursday Cmdr Turner reportedly said: “Bridger Town is no longer behind us, it’s in front of us.”