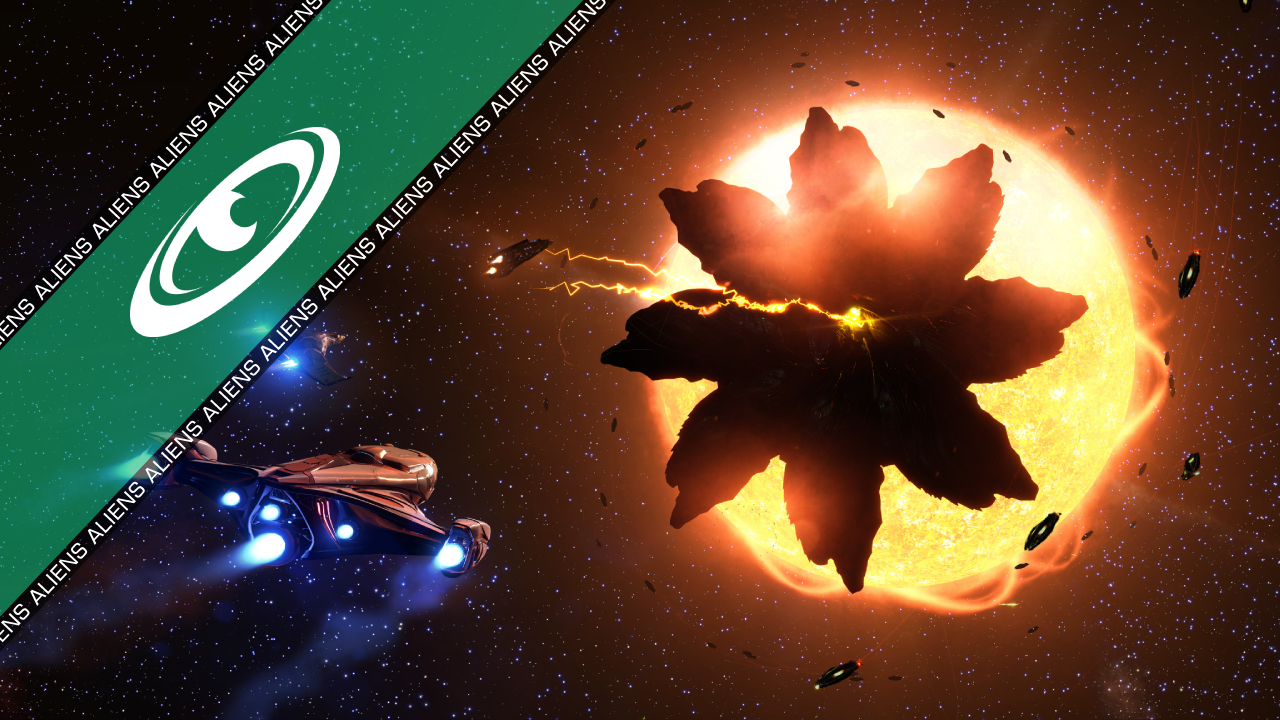 By Sagittarius EyeApril 1, 3305No Comments

A giant, pulsating alien vessel has been sighted in the Sol system, birthplace of humanity and seat of Federation government.

The hellish apparition was first seen at about 8am this morning, galactic standard time. Nancy Scrotbadger, a freelance elbow model and resident of Galileo Ocellus station, is credited with the first sighting.

“I looked up from my breakfast and there it was. Just floating above Earth, all greenish and weird. ‘That’s no moon,’ I thought.

“Looking at it, I was filled with a crawling sense of existential dread – as though this was an entity that had existed long before us, long before even time itself, and even looking upon a being so dark and malignant would make a person go mad.

“There were weird little flying scavenger things around it – just spitting green goop, not sure why,” she added.

“Despite being the most powerful entity in the history of humanity, and the threat being literally in our administrative centre of power, we’re still going to leave it to the Pilots Federation to sort. After all, what we really need is not giant, heavily-armed capital ships – it’s a flotilla of weekenders in Cobras that will save the day. Besides, it’s all tentacly and gross.”

We contacted the Pilots Federation for comment. Commander Lirpa Loof told us:

“We’re all on the Distant Worlds 2 expedition, so we don’t really care. Besides, we’re super busy. We’re all going to spell out ‘Friendship is Nice’ with our Anacondas against Sagittarius A* and take pictures of it in a minute – got to go.”

So far the Thargoid vessel has not made any demands of humanity and has been content to wave its tentacles threateningly.