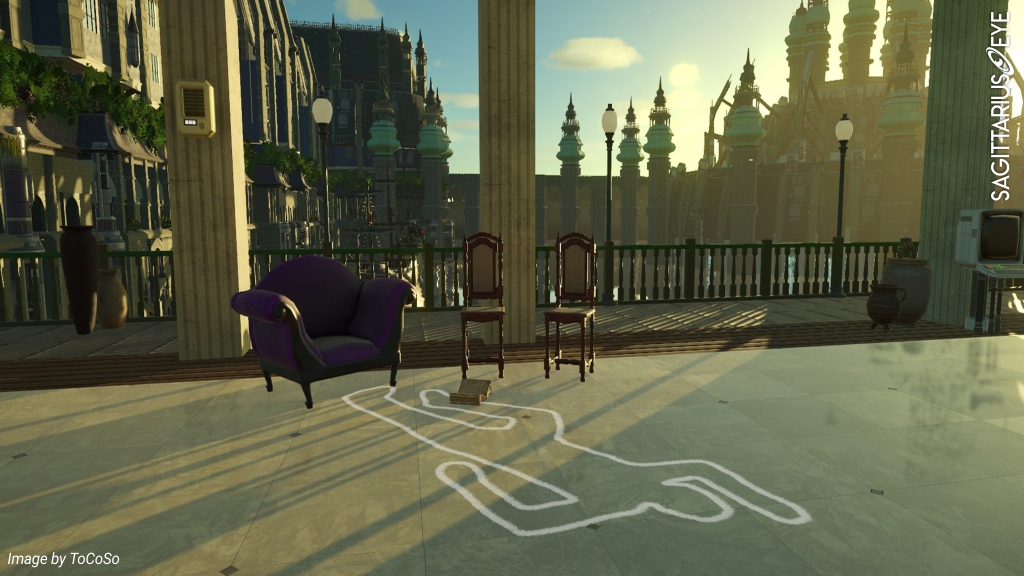 By Sagittarius EyeApril 28, 3304No Comments

Further to the death of Imperial Senator Nestor Cartesius last week, connections are being drawn to the defunct Intergalactic Naval Reserve Arm [INRA] and the widely-known Jameson family.

According to GalNet, Captain Seutonia of the Imperial Internal Security Service has indicated that near the Senator’s body there was a note reading: ‘For Jameson’. It’s believed that Senator Nestor Cartesius’ family had connections to the INRA several generations ago.

Members of the Pilots Federation have once again been discussing the INRA, especially in light of the current Thargoid advance.

“It’s clear that the killer was motivated by the recent discovery of Commander Jameson’s ship, and the logs that prove he was manipulated and sacrificed by the INRA.”

Some independent commanders have suggested that the INRA may still be active, even now, and the Senator’s connection may be more recent.