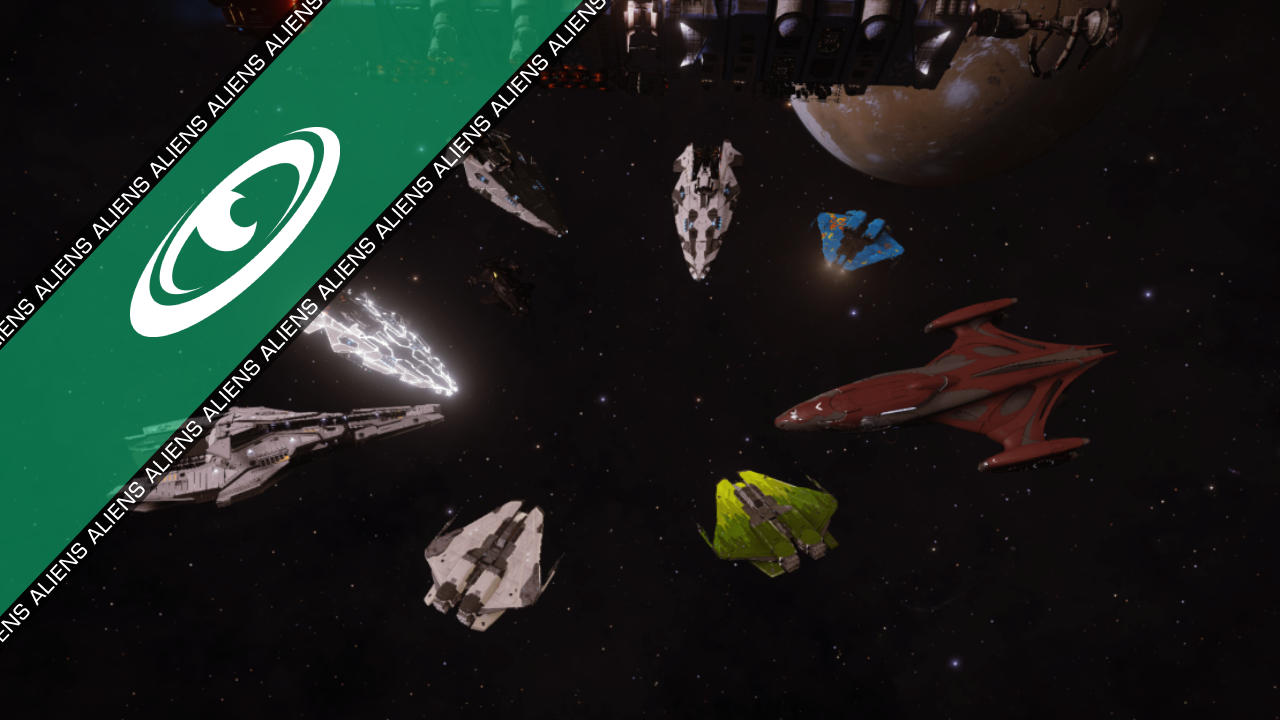 Squadrons of Humanity launch in Orang

By Sagittarius EyeMarch 22, 3305No Comments

“Beware the Ides of March” is the message to Thargoids from a group of pilots waging a seven-day offensive.

Early on 20th March, the call went out from the Squadrons of Humanity (SoH) initiative, the latest bid to unite disparate factions against the Thargoid incursion into the Bubble. With interest from as far away as the Distant Worlds 2 expedition, it is already clear that SoH will involve more than just a handful of Vultures scrapping alien scouts in Pleiadian backwaters.

The campaign has been organised by Cmdr Korpse, Ambassador Butters Assassin, and 46th and 2nd Galactic Regiment founder Cmdr ThePaternalOne. Each has their own angle on why SoH matters.

“We will not rest until the incursion is quelled… we will continue the effort until we know we are safe,” says Ambassador Assassin, unnerved at seeing Thargoids abducting escape pods. Cmdr Korpse’s reasoning is that pilots need to “cooperate, coordinate, and preserve Humanity.”

Orang sits at the apex of Thargoid attacks within the Bubble, which have left this system’s Dilworth City station awash with bright orange plasma flames and panicked citizens.

Around fifty pilots are now actively involved in the initiative, and the handful we spoke with are all focused, dedicated and up for the fight. The general atmosphere in-system was, however, much more tense. Despite clearly indicating the SAGi Correspondent is a neutral press ship, this reporter was stopped no fewer than four times by two seemingly very jumpy Imperial Navy vessels, each circling our SAGi Type-6 whilst maintaining radio silence.

Squadrons of Humanity is the latest of many wide-scale initiatives to unite Pilots Federation members for anti-Thargoid operations. Shortly before this report went live, we received word that the Anti-Xeno Initiative — the dominant Thargoid-battling group — were rallying some of their forces to support SoH in Orang.

The Squadrons of Humanity statement reads:

We are a coalition of squadrons come together with one purpose: to protect our home at all costs.

The Thargoid incursion is driving ever deeper into our “Bubble”: thirteen stations burn this week; innumerable more will follow if we do not act as a whole. This incursion threatens not just our way of life, but our very existence as a species. This is not a war with a material goal in mind: they intend to wipe us out. To remove humanity from the face of the Galaxy. This is not something we will stand idly by and watch happen: we will stop them, at any cost to us. No matter where you come from in the Bubble, no matter what your occupation or beliefs, this is a threat to all of us. It may be easy to ignore from afar, but I promise you that it won’t stay afar for long. How long until your home station burns? How long until Mother Gaia herself burns?

Take a stand with us, help unite the Squadrons of Humanity and push back the Thargoid incursion.