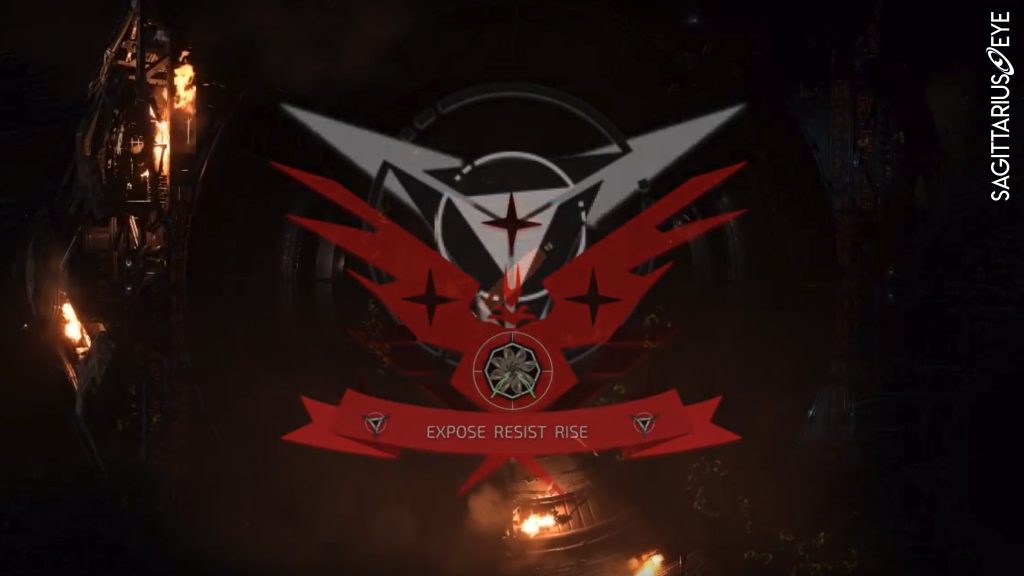 By Sagittarius EyeApril 21, 3304No Comments

The secretive group known as ‘Expose, Resist, Rise’ (or ERR) has finally opened its doors to new recruits.

During a recruitment event on April 20th, the organisation released a transmission detailing the alleged wrongdoings of Aegis, including allegations that they suppressed the findings of the crew of Victoria’s Song.

At the transmission’s conclusion, a mysterious ‘benefactor’ of the group details how applicants might join the ERR. The individual states that anyone can join to expose Aegis’ wrongdoing actions peacefully – however, if deemed necessary, violence would be approved.

ERR lieutenants were asked for comments after the event. Cmdr Alex of the Weapons Division told us:

“I thought the events were very successful and that a lot of people had joined. We are hopeful of the future and hope that things to come will be very special.”