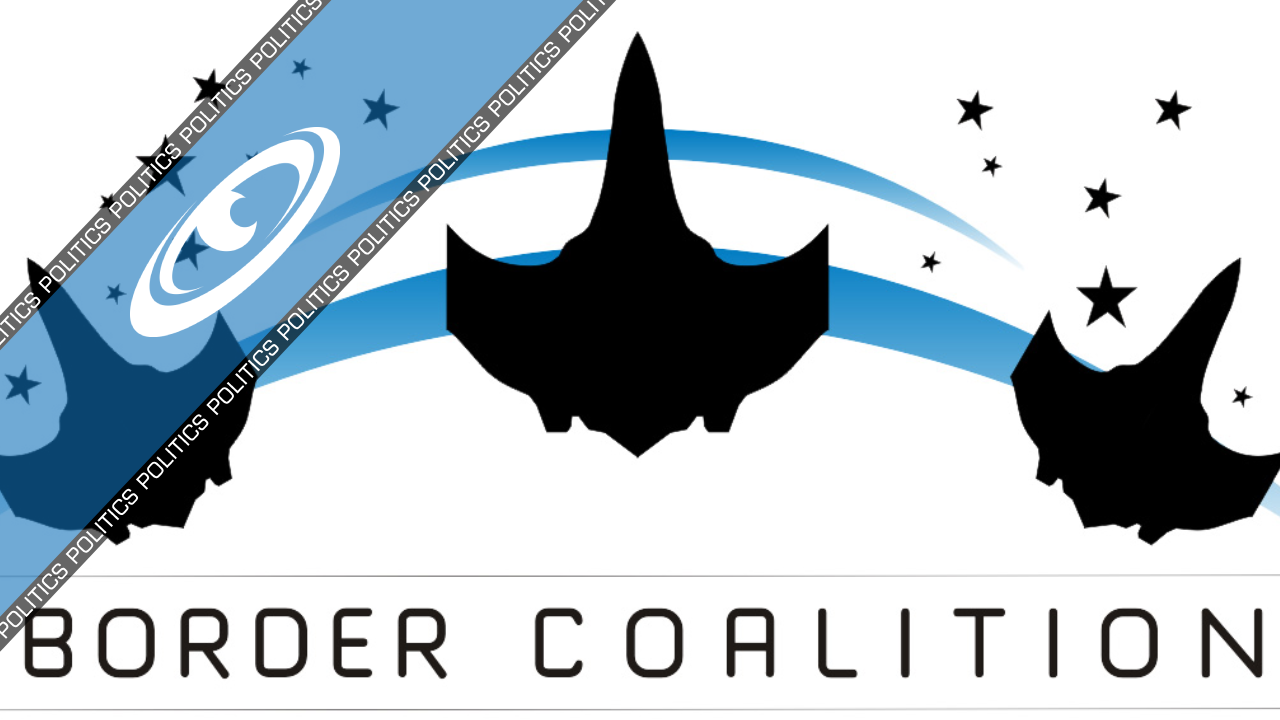 By Sagittarius EyeSeptember 20, 3305No Comments

Cmdr Walt Kerman of the Mercs of Mikunn explained that:

Despite a strong effort to win support in 3303’s Dangerous Games, The Border Coalition lost to the EG Union, which ushered Dictator Yuri Grom onto the galactic stage. The dissolution of the Border Coalition follows only weeks after EG Pilots’ announcement that they would be redirecting efforts away from support of Dictator Grom’s domain.

Kerman’s announcement comes three months after the creation of a wider Coalition “no longer exclusive to independent factions on the border of civilization” by full Border Coalition members Mercs of Mikunn and Kuun-Lan, as well as other major independent governments including SSL Interstellar PLC and Celestial Light Brigade. Former Border Coalition associates Jolly Cooperators, and Outer Rim Outcasts are also members.

Communism Interstellar, which recently accepted a number of new members including the Guardians of Harmony, has opted not to join the new Coalition.