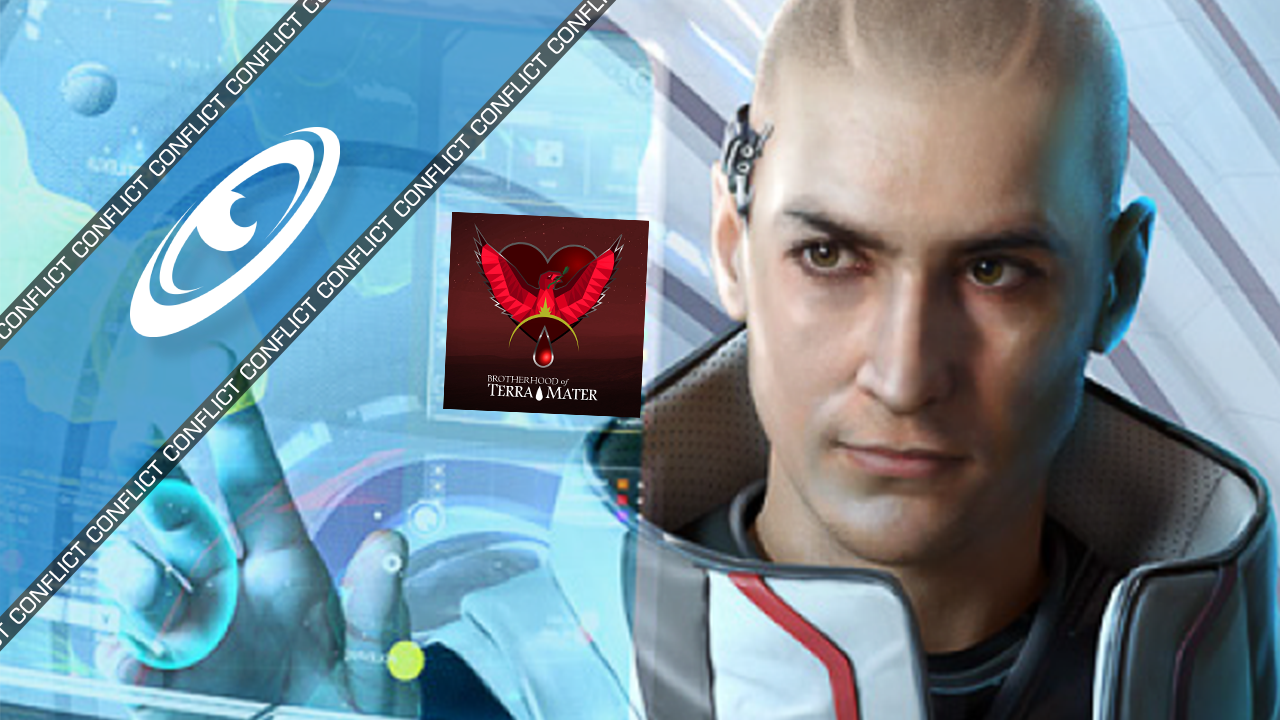 By Sagittarius EyeAugust 6, 3305No Comments

The Brotherhood of Terra Mater (BoTM) and Utopia have finalized a treaty ending their conflict in Terra Mater and Utopia’s NLTT 6655 control sphere.

Terra Mater, a permit-restricted system, is most notable for its sale of Blood Bores, a rare trade good known to be a powerful physical stimulant. Peace in the region will guarantee access to Blood Bores while ensuring that local governments loyal to Simguru Pranav Antal will be able to provide support unimpeded.

Major conflict in Terra Mater came to the galaxy’s attention in late May, after a Utopian effort to enforce a prior treaty saw the anarchist Brotherhood temporarily lose control of the system. While a short-lived government led by the Green Party of Terra Mater continued to provide access to Blood Bores, concerns were rampant that illegalisation of the rare good was imminent. Broad support for the anarchists arrived during a period of major turmoil for Utopia, and BoTM successfully retook the system.

Negotiations quickly followed BoTM’s victory, hosted by Cmdr Phelbore as an independent service. Two months of talks saw multiple comprehensive proposals tabled by both factions, without a ceasefire and with multiple flashpoints.

Phelbore said: “Negotiations were a slow process, both negotiators took agreements that they thought their people would agree to but that were ultimately rejected…I think a fair agreement was eventually reached, and with both sides tired of war I think it’ll last for quite some time.  We’ve already seen lines of communication established that have prevented new flare ups.”

The final treaty, signed on the 26th of July 3305, is significantly more permissive than the agreement Antal forces sought to enforce in May, which BoTM had previously described as ‘signed under duress’. Effectively enforcing a status quo, the new treaty guarantees BoTM control of Terra Mater, Hecate, Ququve, Huiche, and MCC 378 while allowing BoTM to maintain a presence without seeking control in FF Andromedae, LHS 1393, and NLTT 6677.

Utopian Cmdr Agent-137, a lead negotiator for his power, commented that “Simguru Antal challenges us to bring peace and prosperity through innovation and understanding. The respect for each other and each others’ boundaries is the most important outcome of the negotiations. I look forward to the lasting peace this brings.”

The Brotherhood of Terra Mater, which controls eight systems and fourteen stations, has seen a number of expansions in recent months, in part due to permit-seeking commanders and pilots seeking the system’s rare narcotic in a quest to win an edge in combat.

Sister Annabella Terra offered a hopeful vision of the future for the sector:

“Reaching an agreement with a power like Antal is always a cause for celebration, and I want to remind the galactic community that everyone is welcome in our small area of space. Our goal has always been and will be to build a home for all those who feel persecuted or do not feel comfortable where they are; a cozy place for everyone, no matter where their loyalty lies or how they prefer to fly their ship.”