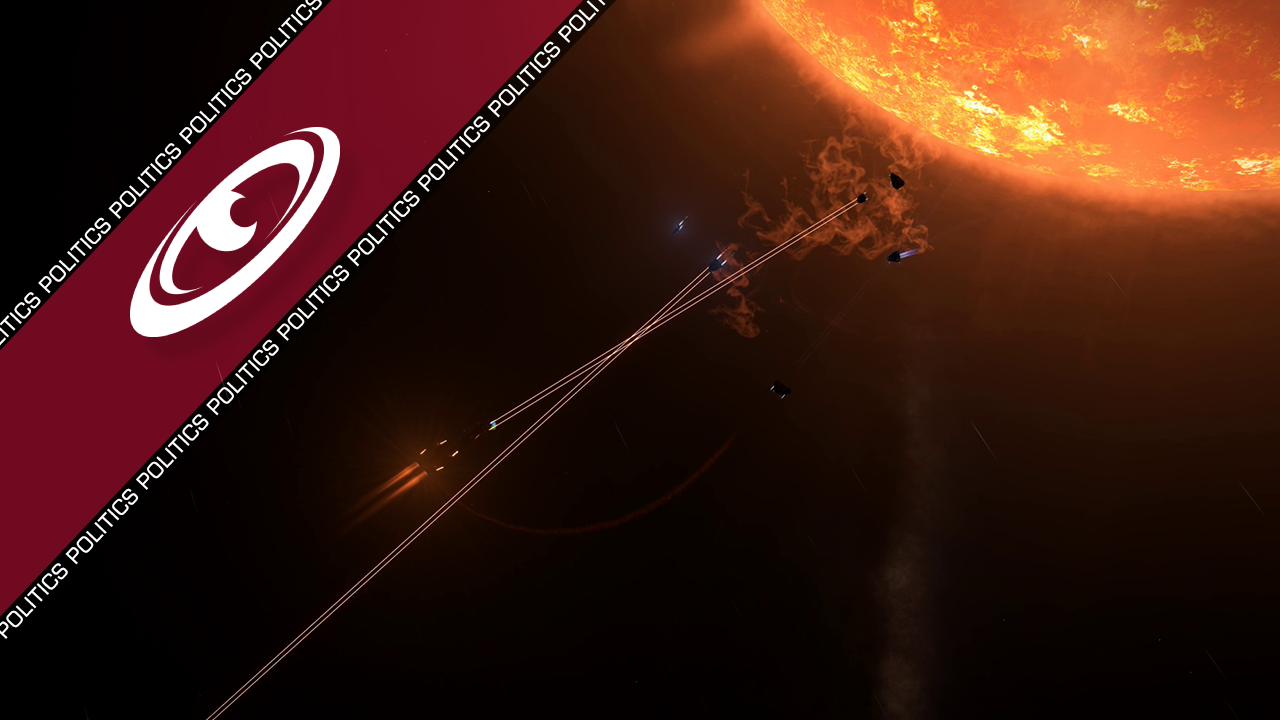 By Sagittarius EyeMay 26, 3305No Comments

For the second time this month, Terra Mater is at war — the continuation of a long conflict that suggests, as pilots arrive from across the Galaxy, a significance greater than the agricultural system’s twenty-five million inhabitants and four stations might suggest.

Located on the edge of Utopian space, Terra Mater would be, for Simguru Pranav Antal’s enforcers, only a minor system. Yet presence of the rare trade good Blood Bores, nurtured by the anarchist Brotherhood of Terra Mater (BoTM) and claimed by Sacra Oculus to be essential in humanity’s war with the Thargoids, has made it one of the Galaxy’s great flashpoints.

The Blood Bores are “a vital component in the activities of the Thargoids…essential to help create a breed of super soldiers against the Thargoids,” suggested one Divine Sacra Oculus, a theocracy he described as “solely interested in ensuring that rare trade commodities flow and that in permit-locked systems, that the permit is available.”

Terra Mater’s Blood Bores are described by the Pilots’ Federation as a “potent physical stimulant” which “allows a human to exert themselves far beyond their normal capabilities” at the cost of “haemorrhaging and weight loss,” possibly permanently. To Sister Annabella Terra of BoTM the system’s permit-locked markets filled with slaves and Blood Bores made the system a “safe-haven.”

“Me, Lion, and a couple others adopted Terra Mater as our home and wanted to nourish the place. Being an anarchy, we had in mind a place based on trust, where it didn’t matter how you liked to [fly], as long as you were happy [flying].

“That all changed of course, once Pranav Antal came. See, they hate anarchies, slavery, and general fun….they nuked the Brotherhood out of control. Chased away from our system, our little group disbanded, and we were left with bitterness.”

After a long struggle and insurgency, Anabella Terra and BoTM were able to retake the system in July of 3304. Negotiations began and a solution, proposed by Utopia and agreed to by the Brotherhood, was adopted soon after. It didn’t last.

“The agreement,” according to Utopian Overseer NAiT, “was [for BoTM] to keep Terra Mater and have a system to obtain the permit for the rare [good]. We never wanted to stop the rare, we have always respected and supported rare trading.” The Utopian position, intended to protect lawful governments supporting the Simguru, permitted the Brotherhood to control and expand from Terra Mater to systems unexploited by Antal, while maintaining a minority holding in any system within his domain.

“That part of the bargain,” continued Overseer NAiT, ”was never kept by BoTM.”

Yet the bargain, according to BoTM pilots, was made under duress. “We didn’t have any other option back then, so we had to do it,” said Annabella. She and BoTM decided to take control of other systems in the Utopian domain, contravening their agreement with the Simguru’s enforcers.

Annabella explained: “We were fed up being pushed around, so we gave up. Antal wanted us to do all the leg work for their own benefit while also casting doubt on what we did.”

Utopia’s decision to revoke the Brotherhood’s control of Terra Mater itself has attracted considerable opposition, including from the Blackguard Dragoons — who would not confirm that they had been enlisted by BoTM, insisting that they simply “like the cause.” Permit access to the system remains controlled by BoTM through other systems in which they are present, and Blood Bores remain legal and readily available at GR8Minds, Terra Mater’s principle station.

“As scientists and explorers, we hold any rare [good] to be something worth investigating and sharing. The SimArchive is the greatest example of our willingness to share knowledge, and barring the recent theft of our technology, we’re open to all scientific investigation,” said Utopian Overseer Hawk.

Enforcer Sixteen-String Jack added: “Wherever [BoTM] are outside Utopian control it means slavery, unregulated genetic manipulation and unrestricted development of artificial intelligences. That’s what they are really about, not the conservation of some exotic rare [good] that only they can deliver to the Galaxy. Illegal narcotics are their principal business; however, any Utopian will tell you that transgressions against humanity feed off each other. If you are prepared to break the bond with humanity, you will overlook the sins of others.”

However, Sacra Oculus’ position regarding Utopia and the governance of Terra Mater, as stated by the Divine, goes beyond access to Blood Bores:

“All [the Utopians] want is to eliminate anarchies and when they tried again to move on BoTM they suddenly found a lot of groups, which [had previously] sat on the sidelines, offer assistance to BoTM, hence the state of BoTM now in many systems. Yet the expansion continues as agreed, just not the retreating because that cannot be done under expansion and retreat mechanics as Antal envisages. That is why there is conflict.  BoTM has expanded and Antal’s hatred of Anarchy, which is opposed to Order, is the nexus of the issue. That is therefore why Antal plotted a strike back. I would also point out that many groups were on DW2. They are coming back now and that will add hundreds more commanders to the mix.”

For BoTM, questions of faith and access seem less relevant. When asked what the Blood Bores mean to them, one member, Bodaishin, said: “the only reason I have the permit to Terra Mater is for the Blood Bores. I love running drugs around the Bubble.”

As Utopia’s enforcers fight turmoil in critical control systems, the Brotherhood of Terra Mater have been victorious in the first day of fighting. Whether they can keep this advantage as the Simguru’s forces look elsewhere remains to be seen.