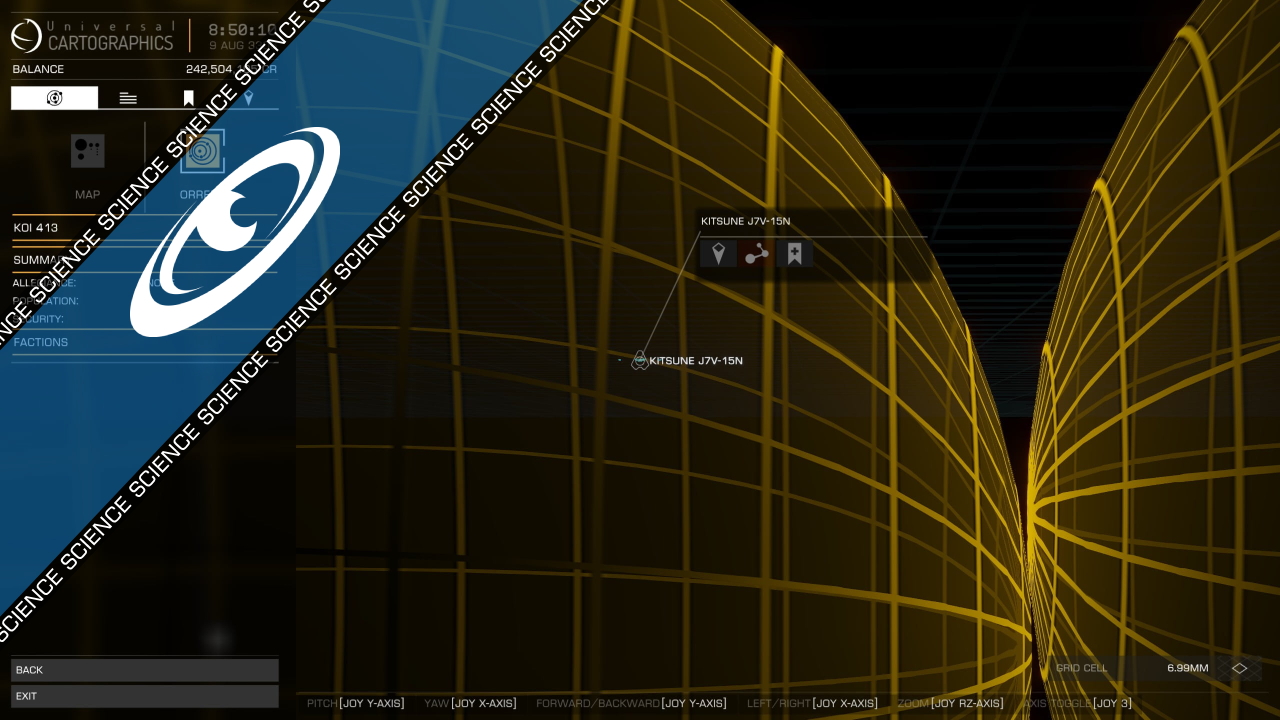 By Sagittarius EyeDecember 3, 3306No Comments

An intriguing event is about to unfold amid the chaotic landscape of the galaxy. On the 6th of December 3306, two gas giants in the KOI 413 system are set to collide.

The planets themselves are the first and second within the system, affectionately named Rhubarb and Custard respectively. What makes the two special is that they are almost perfectly identical. They each have 316.999 Earth masses and a radius of 71,231 km, and sit within the same orbit around the primary star of the system. The only differences that set the two apart are that planet 1 (Rhubarb) has a faster orbital period and slightly higher inclination.

The planets themselves were first discovered in July of 3306, when Canonn researchers discovered that they had essentially the same orbital elements. Canonn therefore decided to research the possibility of collisions. A team was organized and sent out aboard the Kitsune J7V-15N fleet carrier, and many calculations were performed.

The team established that the first witnessed conjunction would occur on the 9th of August at 09:05 UTC, with the surfaces projected to come within 50 km of each other. The next two passes were calculated to have the planets missing each other and the first true impact date was predicted to be the 6th of December 3306. While this has been labeled a minor impact, it will be the first recorded impact of the two, and will be witnessed by a number of commanders from Canonn. The first major impact is predicted to occur on the 23rd of June 3307, being a head-on collision.

Due to the historical significance of the event, Canonn is providing transport for anyone who wishes to attend. Anyone wishing to travel to the system, which is over 3,700 ly from Sol, may board The Gnosis B fleet carrier at Col 285 Sector IX-T d3-43. Services will lock down on the 6th at 11:00 UTC. This will give the scientists plenty of time upon arrival to set up for the collision, which will occur at 15:30 UTC.

Got an event coming up or an initiative you’d like to promote? Sagittarius Eye broadcasts directly to over 180 Discord servers.

Let us know what you’re planning.