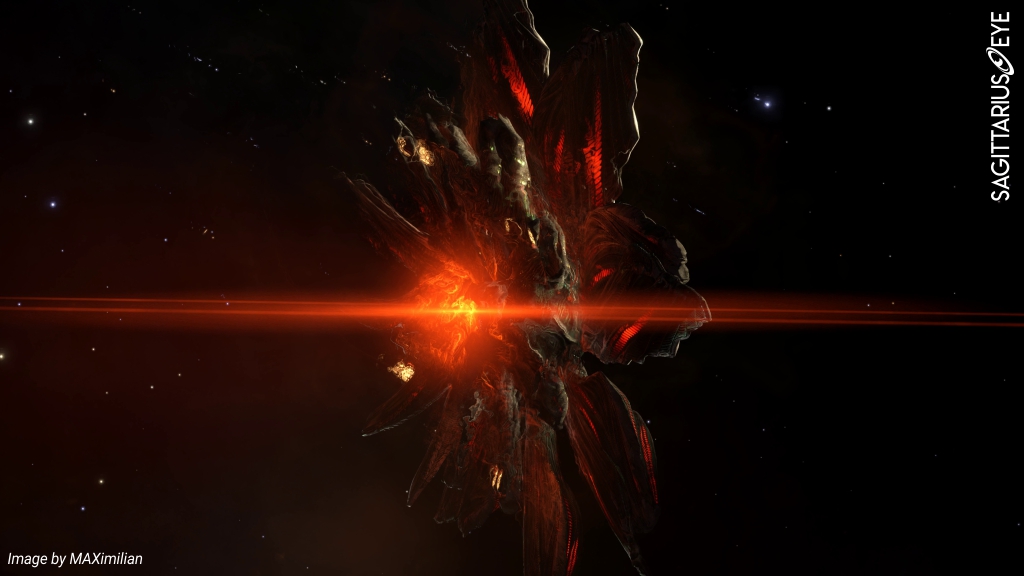 By Sagittarius EyeApril 26, 3304No Comments

Anti Xeno Initiative (AXI) director Commander Mackenheimer of the Federal Reclamation Co claimed his 1000th Thargoid kill this week while on a patrol in the Pleiades sector.

“As the great powers fall back from the Thargoid menace, I and pilots like me hold the line. We will reclaim the Pleiades for humanity and ensure that Humankind can take its rightful place in the galaxy. Those bugs aren’t invulnerable! Glory to mankind!”

Throughout the last week, Mackenheimer had been leading “NHSS 8 Assaults”, combat operations by the AXI targeting the most dangerous Thargoid targets so far encountered.

“I typically patrol the Thargoid rear front. In order for our stations out in Pleiades to survive the traders need constant protection. Thargoid signal sources are thick out in supercruise and nearly every one contains debris of one type of human vessel or another. The Thargoid interceptors always hovering over the wreckage grabbing escape pods.”

While not being the first commander to have killed 1000 Thargoid ships, his achievement can still be considered special due to his focus on Interceptor class vessels. Not only is it more dangerous to fight these heavier ships, it is also much more difficult to kill them.