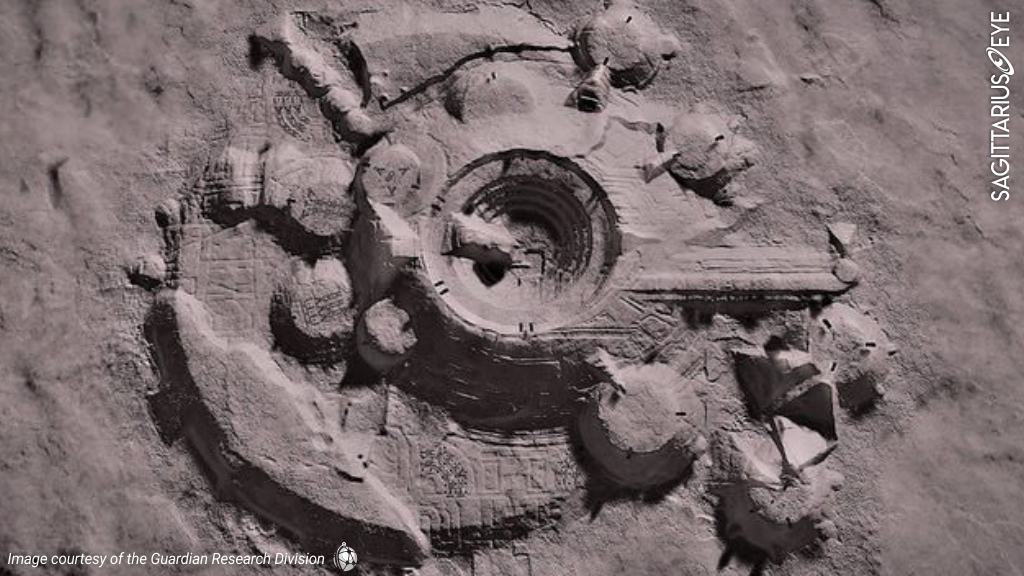 By Sagittarius EyeApril 22, 3304No Comments

“To approach the Guardians’ Ancient Ruins, we must pay special attention to their aesthetics, such as symmetry and art.

Their ruins, what they are, what they could mean, has led to many theories since their discoveries. However, I believe I have now made a major breakthrough in understanding them, and one such breakthrough is that of, what I believe to be, what their home system looked like.

It is easy to look at the “Alpha” ruin, as it was dubbed, as either a system map or galaxy map, but, quite often, I believe have been misinterpreted (partly because many of the Ancient Ruins themselves have been subject to time or other celestial phenomena wearing away at them).

So, after a fair few attempts at understanding the symmetry and art of the Guardians, I believe I can give the community a solid picture of how their home system looked.

If it is true, it will be a staggering breakthrough in understanding their culture and, quite possibly, their deeper meanings.”

Images and graphics supplied by the Guardian Research Division