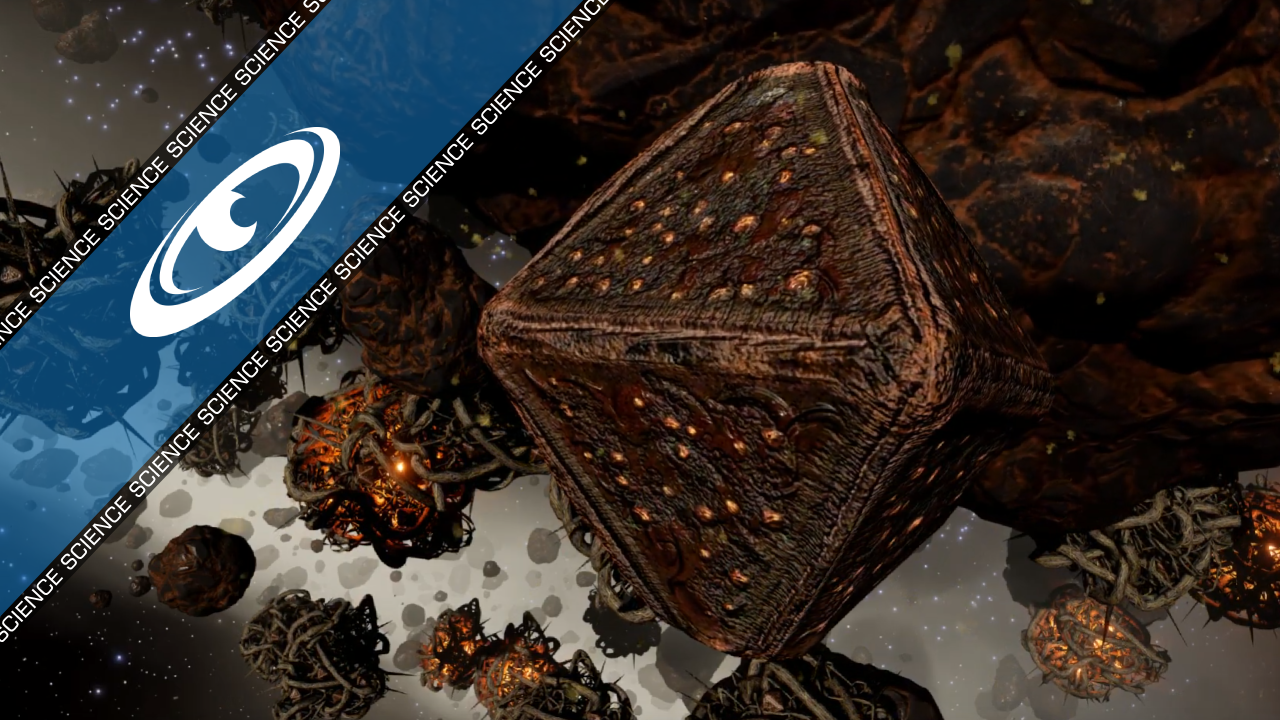 By Sagittarius EyeMarch 1, 3305No Comments

Intriguing new characteristics of a documented life form in the Shrogaae KK-A D983 system have been discovered. Commander Maligno, a renowned member of the Anti-Xeno Initiative, reported this interesting find. Crediting the discovery of the new behaviour to Commander MisterBowwow, alongside fellow Commanders TashaGodspeel and Cibus Animatus, they report that caustic damage is dealt to unshielded ships when the pod’s spores are shot.

Maligno reported that “The main objective of this AXI exploratory expedition was an attempt to find a link between spaceborn life and the Thargoids. This new discovery constitutes the first piece of solid evidence that Thargoids have a connection to some life-forms; possibly as past assimilators”.

He also reminds the space-faring community that Q-type anomalies have shown defensive and offensive capabilities that mimic those of Thargoid Interceptors.

Commander MrAxdrenalin recorded the sound emitted by these Niveum Octahedral Pods, which he found… intriguing.