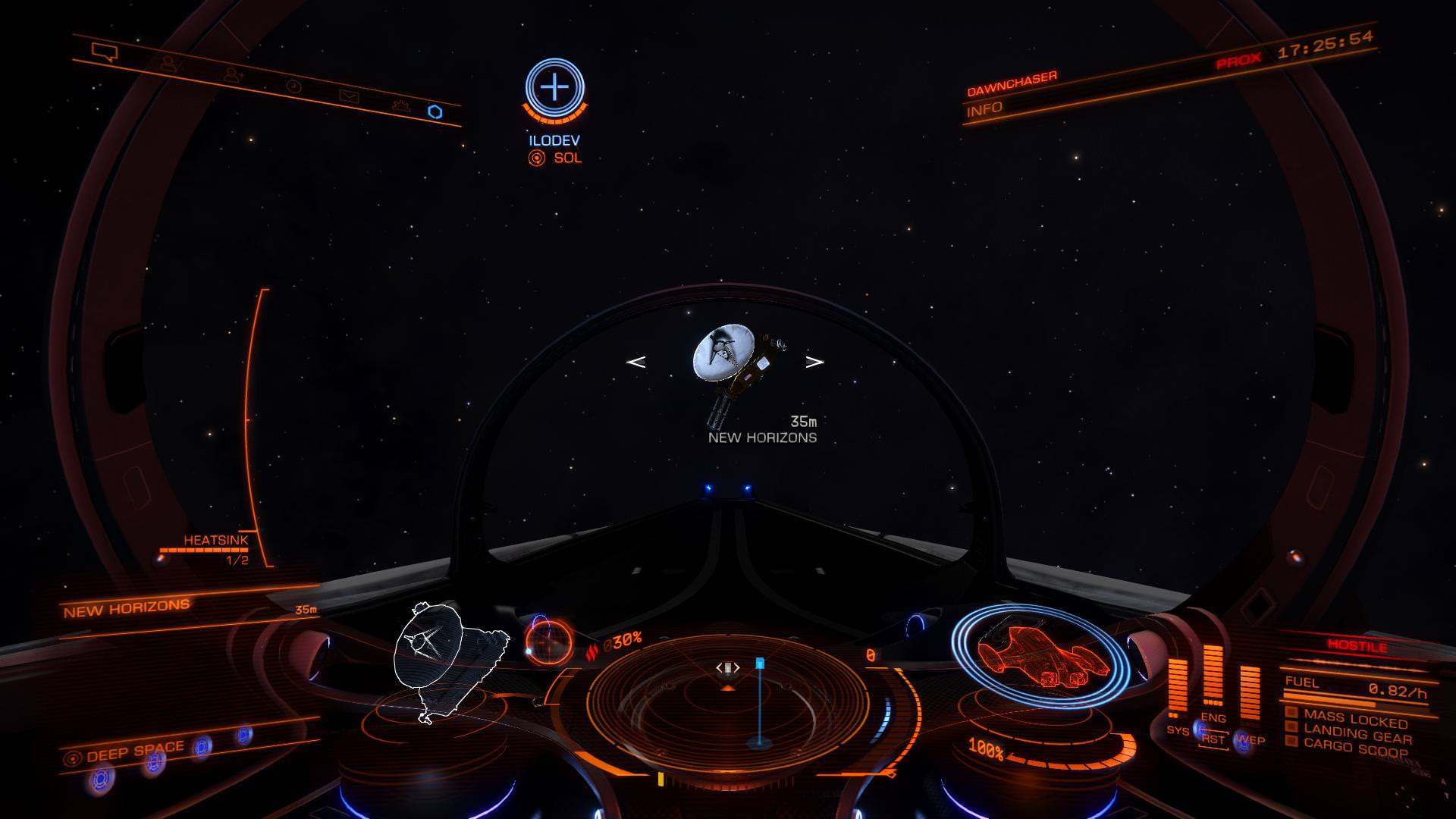 By Sagittarius EyeApril 13, 3304No Comments

On April 12th Researchers in the Sol system detected faint signals from an ancient space probe sent out in the early days of the 21st Century.

Relics from this era are rare – this is only the third such probe re-discovered after being lost for over a millennium. It is a testament to the skill and dedication of the engineers of the time that the New Horizons probe still exists today.

Galnet reported this announcement from one of the researchers on the project:

“New Horizons was launched over a thousand years ago, so this is potentially quite an exciting discovery. We haven’t been able to pinpoint the object’s precise location, but our data indicates that it is approximately 1,726,716 light seconds from the sun and 1,526,050 light seconds from 90377 Sedna. Perhaps some intrepid explorer will seek it out, and confirm our suspicions!”

Pilots Federation Commanders immediately started searching, and despite the monumental volume of space encompassed by the vague locational directions, the probe was found only a few hours later. Commanders Rikske and Ilodev made the find and captured a short video of the signal still broadcasting from this ancient machine.

Taking a few minutes off from helping other pilots find the artefact, Commander Rikske spoke to Sagittarius Eye about this historic discovery:

“I’d like to say is that this would’ve been impossible without the help of Canonn and specifically Cmdr Ilodev, so I would like to thank them!”

Some Commanders believe that it is no coincidence that this probe has re-emerged now, in the early days of the Second Thargoid War, there is speculation that there might be some deeper significance to this discovery than simply finding an ancient relic.

“You can hear definite sequences of ‘clicks’ and ‘beeps’ over the background noise… To me, it sounds like a code,” – Cmdr The Lawful

“I did find it curious, though, that the dish wasn’t pointing back towards the solar system as one might expect, so I did a little checking. Firstly and most obviously, it isn’t pointing towards the Pleiades. So I tried a few of the systems that have come up in some of the other mysteries that the Canonn has dabbled in, and [it] is pointing directly at the CONFLUX region” – Cmdr Tomtom