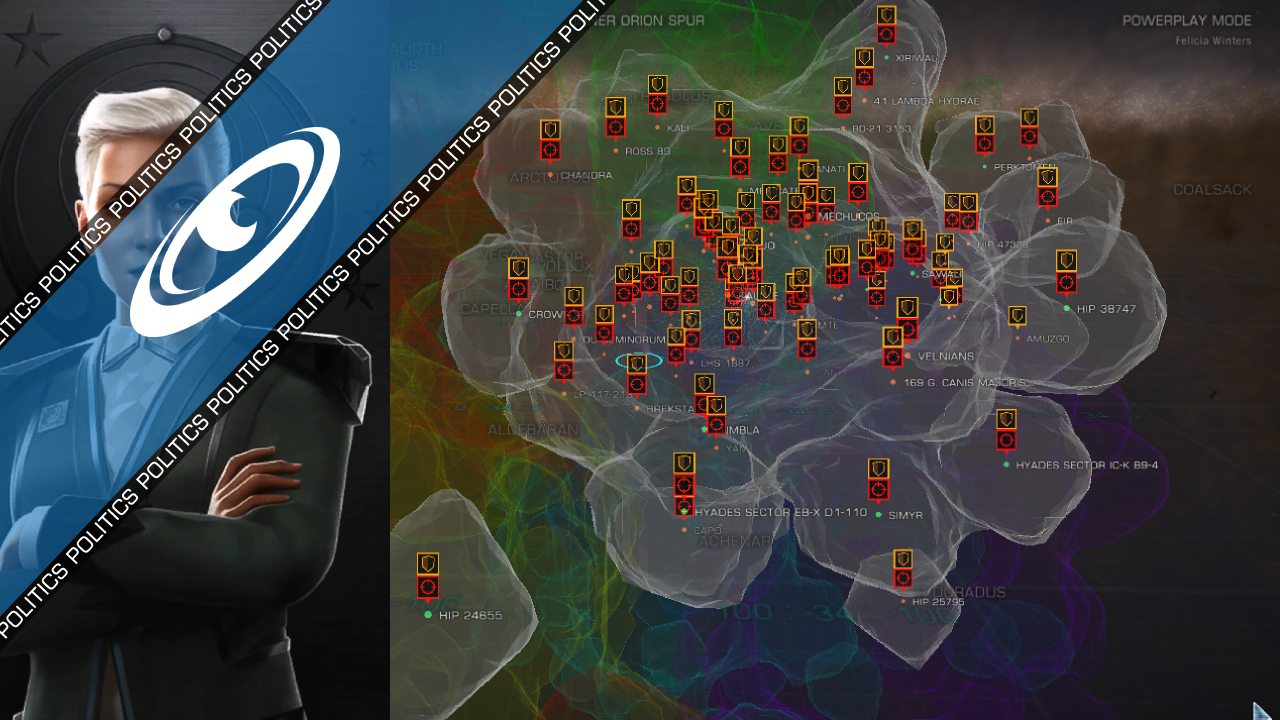 By Sagittarius EyeMarch 16, 3305No Comments

The Imperial offensive, termed ‘Operation Valentine’ by Princess Aisling Duval‘s forces, has come to an end.

Over the operation’s four-week duration Imperial commanders have intercepted and destroyed over a hundred thousand Federal couriers and agents, collectively earning just under three and a half million merits.

For three weeks this relentless attack threw a larger and larger portion of Shadow President Felicia Winters‘ domains into turmoil. The unrest began in nineteen control systems, then spread to a further seven, before the final explosion last week of yet another thirty-four systems in revolt.

In the wake of the chaos created by Operation Valentine, Federal Liberal Command (FLC) has been forced to retreat from an unprecedented total of fifty-three control spheres, several of which included systems contested by other powers. Commander  Sun, leader of Aisling’s Pilots Federation forces, had this to say:

“Winters has now successfully been pushed back on all fronts and no longer occupies this Imperial space. Operation Valentine freed up over 800CC in ZYADA [the alliance between the four Imperial powers and Yuri Grom] and almost 200CC in Mahon systems. All these systems had been contested by previously unchecked expansionism by the Federation.

This is a momentous day for the Empire and her valuable allies.”

The turmoil has now ended in the Shadow President’s domains. Commander Puchuchoni, Director of undermining for Winters’ Pilots Federation forces, had this to say about the current morale of the FLC:

“It’s a mixed bag. Some are a bit beat up, some are upbeat about the possibilities that open up now. […] We still have the same manpower we had when we had 80 control systems. By controlling now 27 systems, there’s a lot of free attention that can be used on other operations. And some people want some good old revenge.”

While Felicia Winters considers her options for the future, Zachary Hudson’s domains have now been thrown into turmoil instead. SAGi will report on this story as it develops.