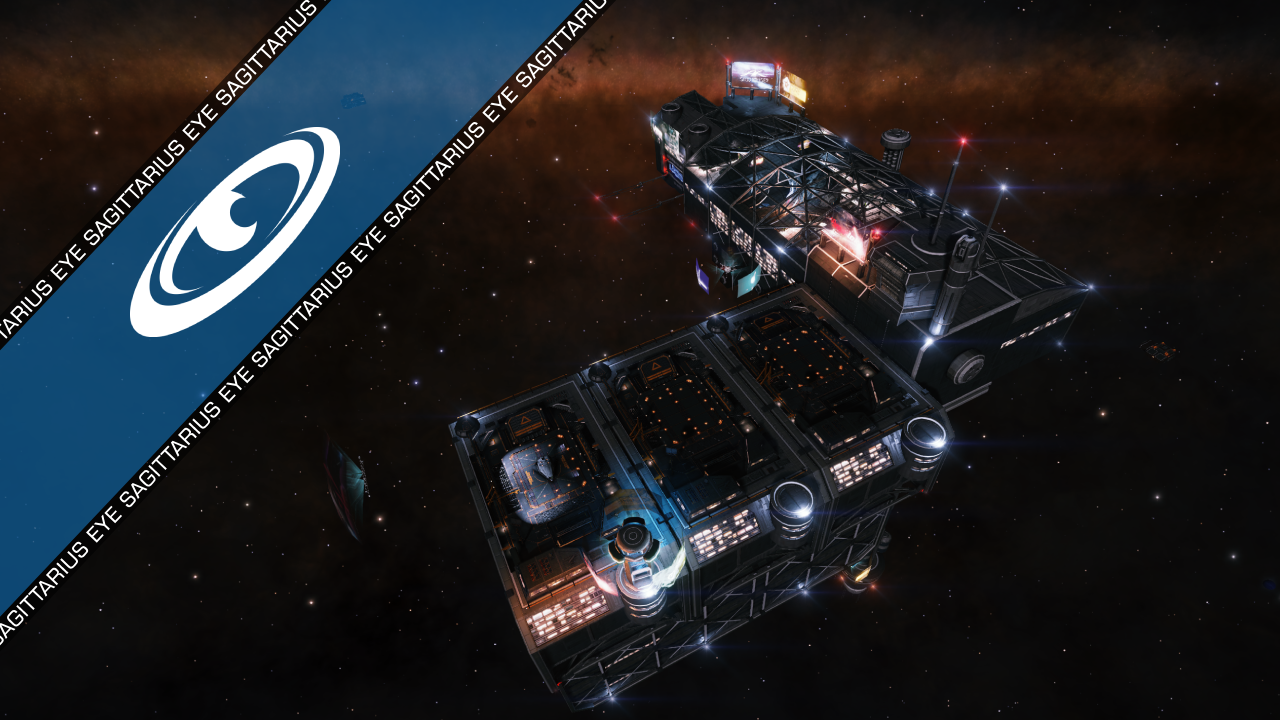 Sagittarius Eye has gained a controlling interest in its first orbital starport.

In January this year, the media cooperative secured a lease at McMullen Ring in the Millese system, after several months spent publishing their well-known magazine from the cargo hold of a Type-10 Defender on loan from the SPVFA.

In the short time they’ve been resident in the system, the spacefaring journalists have impressed the citizens of Millese with their responsible conduct, sparkling wit and impeccable dress sense.

On Thursday 7th March an election was called by the inhabitants of Lee Gateway, a small commercial outpost, to turn control of their station to Sagittarius Eye from the incumbent government, Social LP 861-12 Values Party.

“I’m just fed up of their endless internal bickering and stupid name,” commented Lee Gateway resident Colin Handpuppet, on the outgoing government. “It’s really long and rubbish for writing on placards. This new lot have a nice, snappy, short one. And their newspaper thing is really soft and absorbent.”

“Sure, whatever, we’ll govern a space station,” a senior member of the Sagittarius Eye editorial team was reported as saying.

The voting took place over five days, during which time the Sagittarius Eye team pitched in to try to win the local residents’ hearts.

“I’ve delivered f***ing tons of poll data,” Commander G-Dubya told us. “I don’t have a scooby what all those random stations fifteen light years away could possibly want with a load of our poll data, but they’re bloody swimming in the stuff now.”

The atmosphere at Lee Gateway is jubilant. “We love our shipping crate!” Commented Cmdr Al-pocalypse. “We did the thing!” agreed Cmdr punkydrummer01.

However, not everyone shares the elation. “It’s about as much use as a chocolate teapot with a medium landing pad,” said Cmdr Tanith Low, commenting on the lack of basic facilities.

The media cooperative’s new headquarters is a commercial outpost over 1,000 light seconds from the jump point. It has neither refuel nor restock facilities for visiting pilots.

Has this story affected you?

Have you been affected by the change of government?