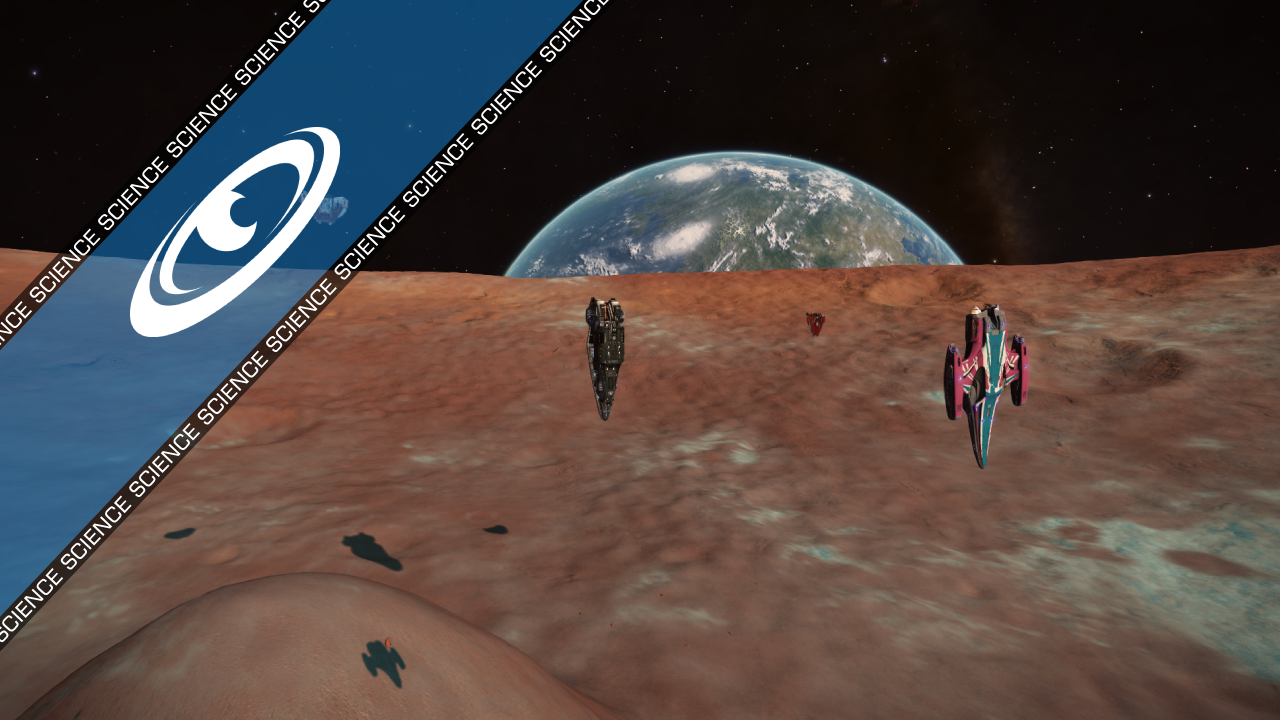 By Sagittarius EyeMarch 12, 3305No Comments

Commander Alec Turner, leader of the First Great Planetary Expedition, covered by this news outlet a few days ago, informed us of strange non-Pilots Federation behavior in Kumay, a beautiful moon orbiting a large Earth-Like World in the Chi Herculis system where the Expedition will take place by the end of this month.

During the standard operation of a surface surveyor, it is a common practice among pilots to point the noses of their ships downward to obtain a more accurate compass reading for the establishment of waypoints for the expedition. Ships have been found gliding in the air, mimicking this practice.

When asked about possible explanations, Cmdr Turner wondered if “With a number of the expedition pilots, including myself, now being declared allied with the controlling faction, is it possible that local faction ships are trying to aid the mapping process or perhaps are doing this as a sign of respect for the expedition?”

There might be other explanations. Reports have been received by members of the Distant Worlds 2 Expedition, of static behaviour by ships, not following the exact pattern as in Kumay but similar enough to raise concerns. For instance, non-Pilots Federation ships not being able to leave their docking stations after take-off.