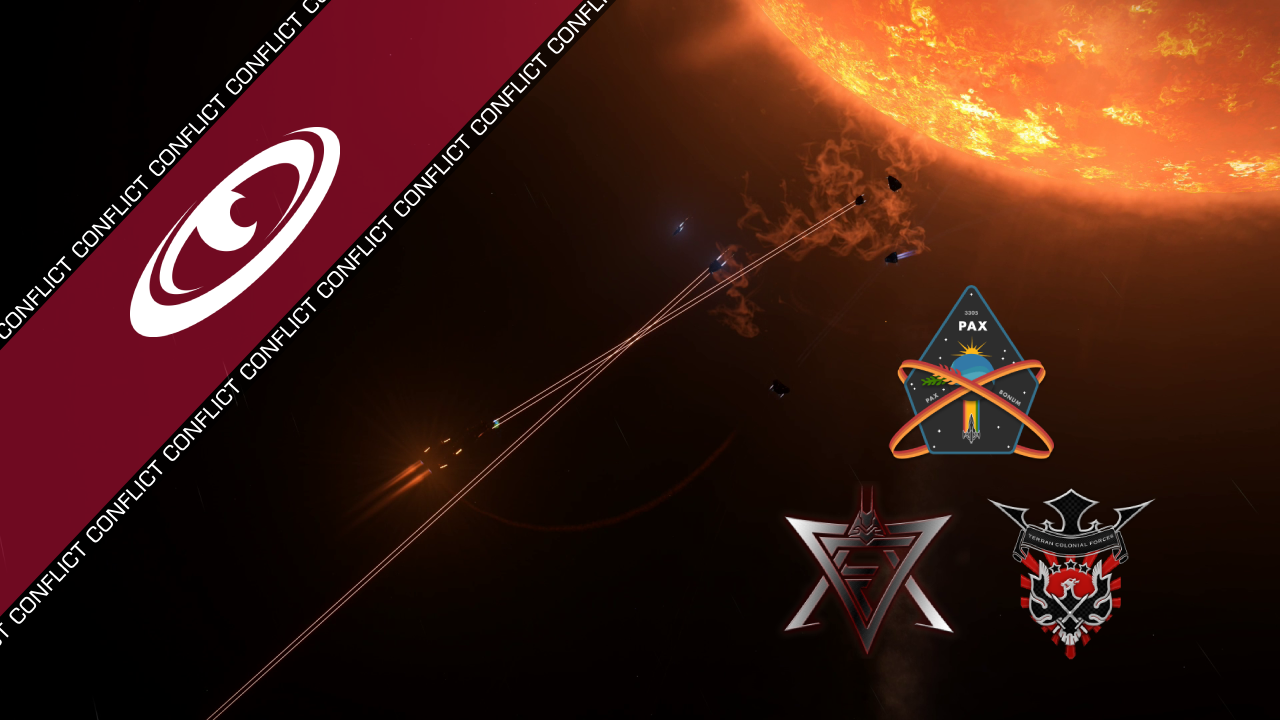 Following a campaign of alleged forced recruitment, several groups of Pilots Federation members are in conflict with the Freelancers Alliance, a squadron based in the Xiri system.

A coalition specialised on pilot versus pilot combat called ‘PAX’ has been formed by the groups The Chaotic Good and The Altruists, and publicly declared retaliatory action against The Freelancers Alliance Squadron.

“Recently we have been fighting them wherever we could and especially in Eravate, where they were attacking new pilots. We felt we had to stop the Freelancers Alliance and their associates and protect new pilots from becoming their ‘meat shield’ against us. […] In the end, our goal is to stop their attacks and to [discourage] the Freelancers Alliance for using these kinds of tactics.”

Several other groups claim the Freelancers have conducted the controversial recruitment campaign on their territory. One of these is the 1st Terran Colonial Task Force, based around Eranin – a popular area for new commanders. Cmdr crashbx, the Task Force’s leader, told us:

“The reason why [we] got involved was that we got numerous reports on attacks from the Freelancers Alliance in our space, including their attempts in forcing assimilation through violence.”

The 1st Terran Colonial Task Force has initiated the ‘Refugee Camp’ initiative in cooperation with PAX and other groups, intended to offer members of the Freelancers who had allegedly been forcefully recruited “a way out”.

Meanwhile, the Freelancers Alliance dispute some of the accusations made against them, although they do not dispute the existence of the controversial recruitment efforts. Commander Dizzit, the founder of the group, said:

“The coalition against us initiated out of a gross misunderstanding. […] There is a lot of misinformation here mixed in with part truths, I presume from someone who has a bitter grudge against the Freelancers.

The Freelancers Alliance was conceived with the idea that every pilot is their own free-agent. […] Most of the clashing has been with but a few ‘Lancers and it is prejudice for this coalition to judge an entire community based on the actions of a few. We induct many new pilots into our culture and help them as much as we can, we as a collective are not simply the renegades poking around the bubble stirring trouble as some claim. […] But for the whole sovereignty of our nation to be threatened; protest such as, “we will kill any pilot with the Freelancers Alliance” – seem very hypocritical considering the foundation of their coalition. To me, it is an excuse to declare war.”

One pilot by the name of Sookie Thrace, who is among the pilots recently recruited by the Freelancers, defended her new squadron against the allegations. In sharp contrast to PAX, she described her new group as a welcoming community for new pilots and confirmed that the recruitment campaigns usually stay fairly peaceful:

“Nobody is necessarily killed for not joining especially if they are new pilots in a Sidey!  Hostile action taken after our friendly requests can on occasion cause this, but we make a point of ‘friend requesting’ and speaking to pilots to explain the role play. We then bring them into the squad and they are then welcomed openly and of course, they are told they can also leave.”

Pilots travelling through the area are advised to fly with caution.