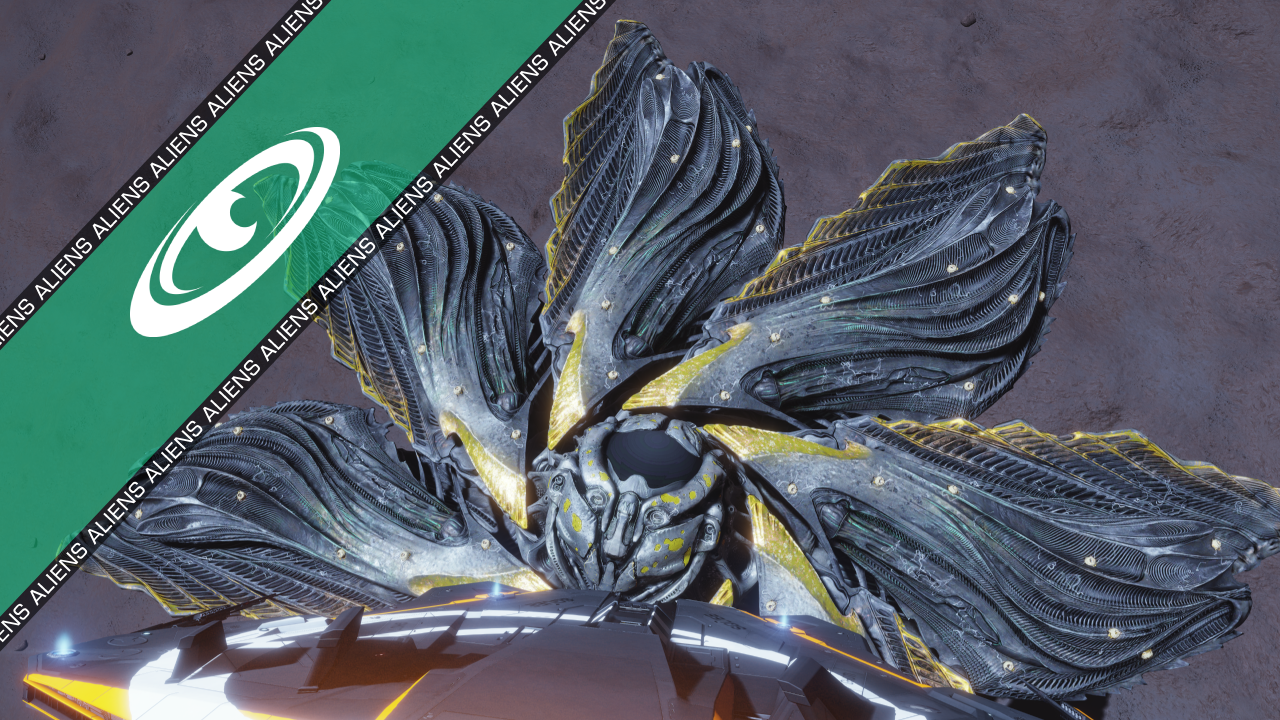 By Sagittarius EyeAugust 26, 3305No Comments

Since the Thargoid attacks at Professor Ismael Palin’s research centre in Maia, rumours have circulated amongst the Xeno Hunting community of a new variant of Thargoid Interceptor, which is different in appearance to the Cyclops, Basilisk, Medusa and Hydra that humanity has encountered so far.  These rumours have finally been confirmed after CMDR Mad King Hastur of The HAND managed to record an encounter.

Dubbed the Orthrus variant, researchers so far have been able to determine that this Interceptor has five hearts, a top speed greater than that of a Basilisk, and is capable of firing a shutdown field.

“Is this thing on? ***Taps Mic*** Oh dear, right yes…the Orthrus. This has been an absolute obsession of mine for weeks now. When I had heard of the unfortunate attack on Professor Palin’s base I immediately rushed over to see the extent of the attack. My year of pushing the Thargoids back out of the bubble hadn’t prepared me for what I would see there.

“Dozens upon dozens of civilian vessels just…gone. They’re all dead and I could do nothing but watch as the Thargoid scouts blasted them out of the sky one by one. And then as if the Far God himself had sensed my presence, a rip in Witch Space opened right next to Palin’s base. That sound… oh Randomius that horrifying sound. He spun up his shutdown field and sent me hurtling towards the ground. My ship impacted the ground with enough force to drop my shields and weaken my hull almost to the point of my ship exploding. I closed my eyes and waited for the inevitable death that would surely soon follow and then…*Nothing at all.* It warped out and took the Thargoid Scouts back into Witch Space with it.

“That same day I tried to share my findings but for some reason my recording equipment just wouldn’t work until now. This…beast, has been haunting my dreams, whispering to me to come find it. I fear the Far God may have claimed my mind in the process but I have finally shined a light on this monster for humanity. No more can it hide in the shadows waiting and watching our every move. I can sleep easy now that this has been shared but I fear this is only the beginning. The voices that guided me to the Orthrus are whispering to me again and calling me towards the Formidine Rift. Our psychological experts in The HAND recommend I avoid chasing this anymore at the risk of fracturing my psyche further in the pursuit of these wild fantasies. If I find anything else I will send back all that I can, assuming I remain alive long enough to share my findings.